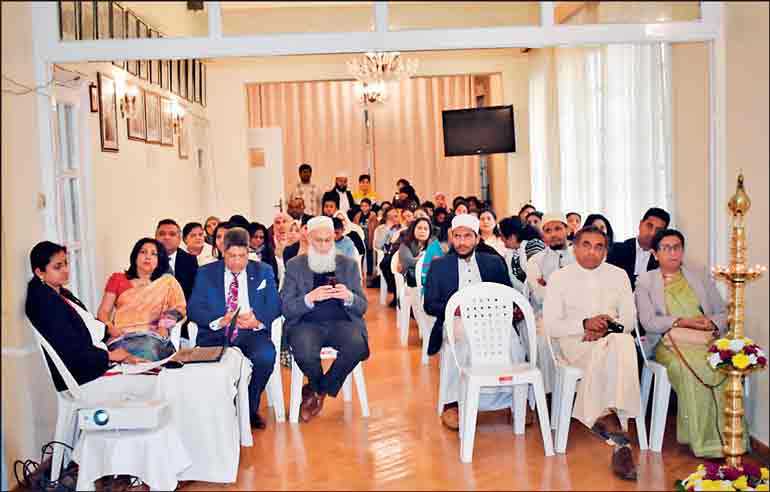 National Day gathering at the Embassy 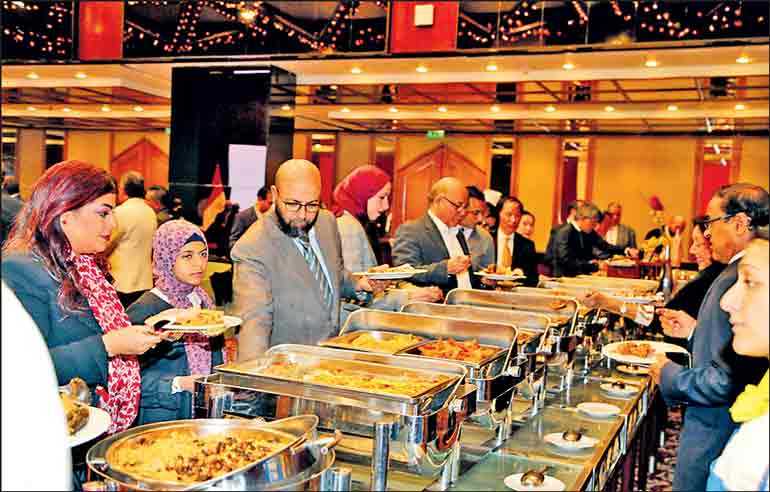 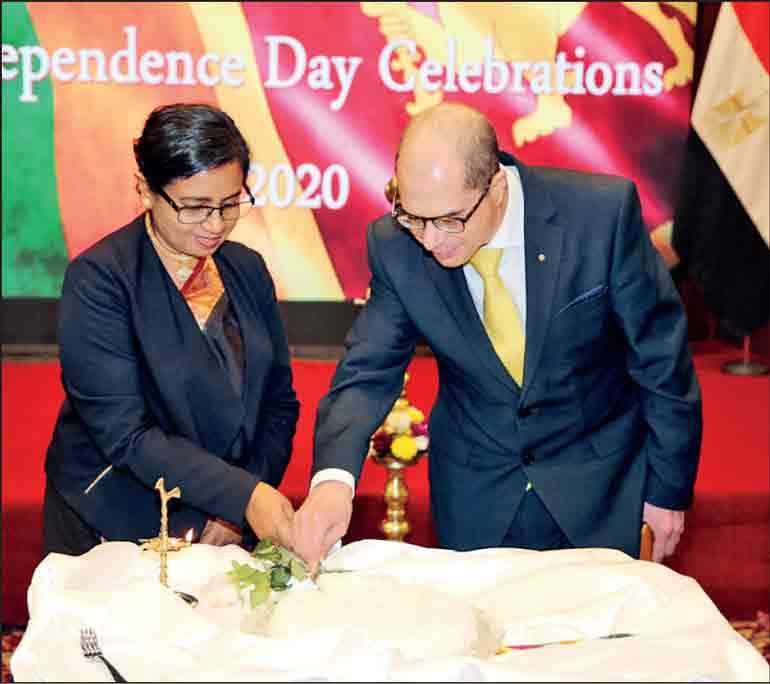 The Sri Lanka Embassy in Cairo, Egypt organised 72nd Independence Day celebrations on 4 February at the Embassy premises, to mark Sri Lanka’s 72nd anniversary of Independence with the Sri Lankans residing in Egypt.

Ambassador Damayanthie Rajapakse unfurled the National Flag amidst the beating of traditional ‘magul bera’ drums, followed by the National Anthem of Sri Lanka.

The celebrations commenced with the welcome speech delivered by Ambassador Damayanthie Rajapakse. The Ambassador in her address at the event, highlighted the importance of the Independence Day and reiterated that the Embassy and the officials of the Embassy of Sri Lanka stand ready to serve the Sri Lankan community living in Egypt, while strong efforts are made to strengthen bilateral relations between the two countries.

Multi-faith religious observances were conducted on this occasion, offering blessings upon Sri Lanka and its people. After observing two minutes of silence for fallen heroes, the traditional oil lamp was lit by the Ambassador, Embassy officials, and the members of the Sri Lankan community.

The messages of the President, Prime Minister and Minister of Foreign Relations were read out by the officers of the Embassy. A mango tree was planted at the Embassy premises to mark the celebrations. Traditional Sri Lankan cuisine and Ceylon tea was served to all the Sri Lankans participating at the event.

The Embassy also organised the 72nd Independence Day celebrations for the diplomatic community, Government officers and businessmen in Egypt on the eve of 6 February at the Ramses Ballroom, Ramses Hilton Hotel, Cairo.

In the welcome address delivered by the Ambassador, she mentioned that President Gotabaya Rajapaksa is determined to build a peaceful and prosperous country working in collaboration with the international community. Assistant Foreign Minister for Asia, Australia, New Zealand and the Pacific Islands Ambassador Dr. Hany Selim, who graced the occasion as the Guest of Honour, in his speech referred to the bilateral political consultations held in December 2019, as a timely initiative to explore common ground to further develop cooperation for the mutual benefit of the two countries.

At the event, guests were served with traditional Sri Lankan cuisine and Ceylon tea unveiled at the “Sri Lankan Corner” arranged at the same venue. The guests were given the opportunity of witnessing a glimpse of Sri Lanka using video clips displayed at the venue, adding more colour to the Sri Lankan ambience created at the premises.

The invitees were gifted with a packet of Ceylon tea, supplied by leading tea importers from Egypt.