Bill to establish Office for Reparation approved by Cabinet 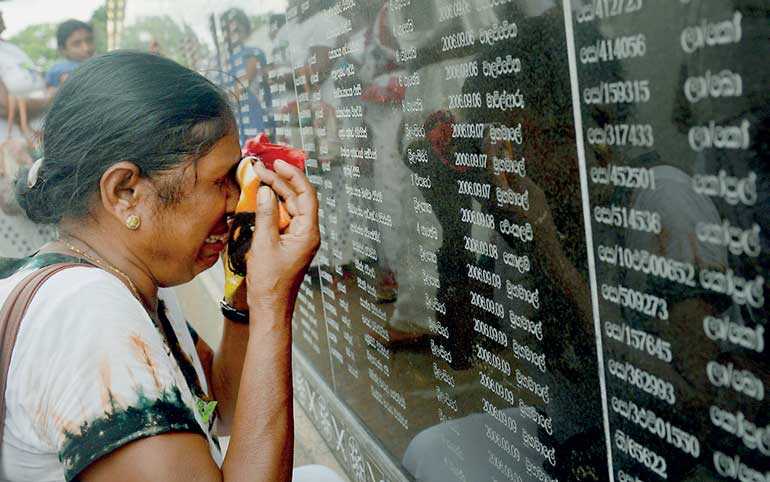 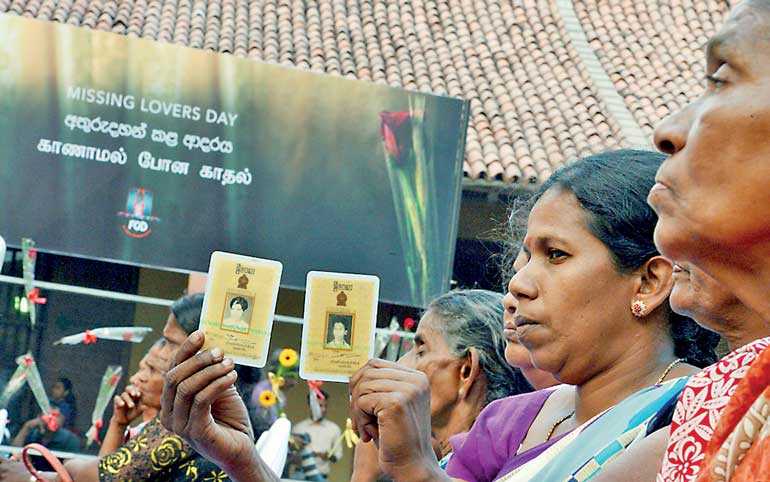 The Government this week approved the Bill to set up the much-awaited Office for Reparation, to identify eligible persons and carry out the reparation process.

“The Cabinet of Ministers granted approval to establish an Office for Reparation, to formally and transparently provide reparation to individuals affected by the conflict which took place in the North and Eastern Provinces, by political disturbances, or by enforced disappearances,” Cabinet Co-spokesperson Gayantha Karunatileka said yesterday at the weekly Cabinet meeting.

Prime Minister Ranil Wickremesinghe, in his capacity as the Minister of National Policies and Economic Affairs, presented the Bill to be presented to the Parliament, Karunatileka said.

Speaking about the Bill, Cabinet Co-spokesperson Dr. Rajitha Senaratne stated that reparation will be available for all those who have been affected by the conflict.

“Those in the South, who were affected by bomb blasts and other terrorist acts, will also be compensated through the process. The Office will have a proper mechanism,” he said.

Further, the Minister said that the Government will develop proper criteria and processes to identify eligible individuals for reparation.

Another Cabinet paper presented by Resettlement, Rehabilitation, Northern Development & Hindu Religious Affairs Minister D. M. Swaminathan, to provide compensation for war-affected communities, was rejected by the Cabinet, due to one clause included in the proposal.

Minister Swaminathan was requested by the Cabinet of Ministers to amend the paper, to remove the clause related to compensating those who took part in terrorist activities, and resubmit the paper.

“We are already late in providing compensation to those affected in the North, but that doesn’t mean we will provide compensation for those who took part in terrorist activities,” Dr. Senaratne added.

The Government this week decided to offer compensation for all household and other equipment damaged during the communal violence in Beruwala and Aluthgama, Cabinet Co-spokesperson Gayantha Karunatileka said.

“The Government has provided the maximum compensation under the existing regulations for properties damaged due to conflicts in Beruwala and Aluthgama in 2014. However, a special assessment committee, appointed by the District Secretary, has recommended to compensate the household and other equipment, which were not covered by the said compensation,” Karunatileka said, speaking to reporters at the weekly Cabinet press briefing.

Accordingly, a proposal made by Resettlement, Rehabilitation, Northern Development & Hindu Religious Affairs Minister D. M. Swaminathan, to allocate Rs. 185.9 million to facilitate these payments, was approved by the Cabinet this week, Karunatileka said.