6 killed, 3 injured in accident in Wennappuwa 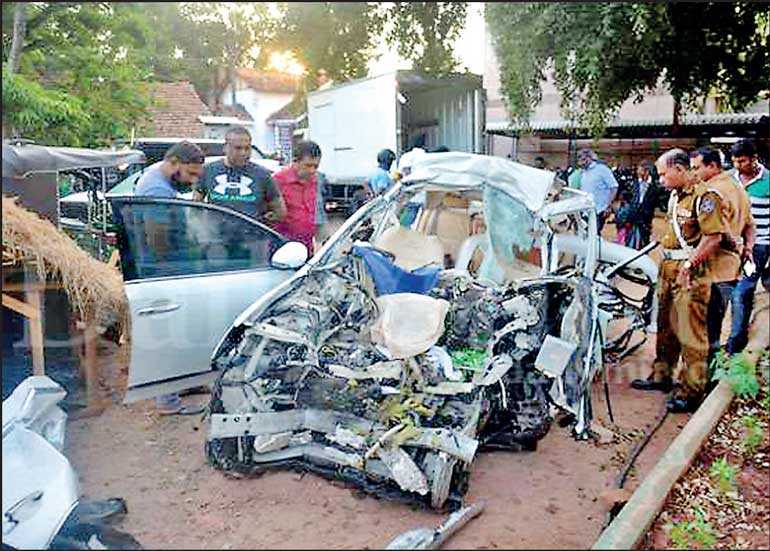 Six people were killed and three others were injured when a car they were travelling in collided with a lorry near the Nainamadama Bridge in Wennappuwa on the Colombo-Chilaw Main Road yesterday.

They said the car, which was travelling towards Chilaw, had collided with the lorry transporting fish from behind at around 3 a.m.

Police said nine people who were in the car when the accident occurred were injured and they were admitted to the Negombo and Marawila Hospitals.

Six of them died on admission to the hospital while one of the injured has been transferred to the Colombo National Hospital, police said.

Meanwhile, the Police recovered an 8 mm pistol inside the car. They said the pistol was found under the passenger seat of the car. They are investigating into the purpose as to why they had been carrying a pistol.