‘Vipathmaga’ blueprint to build castles in the air: Mangala 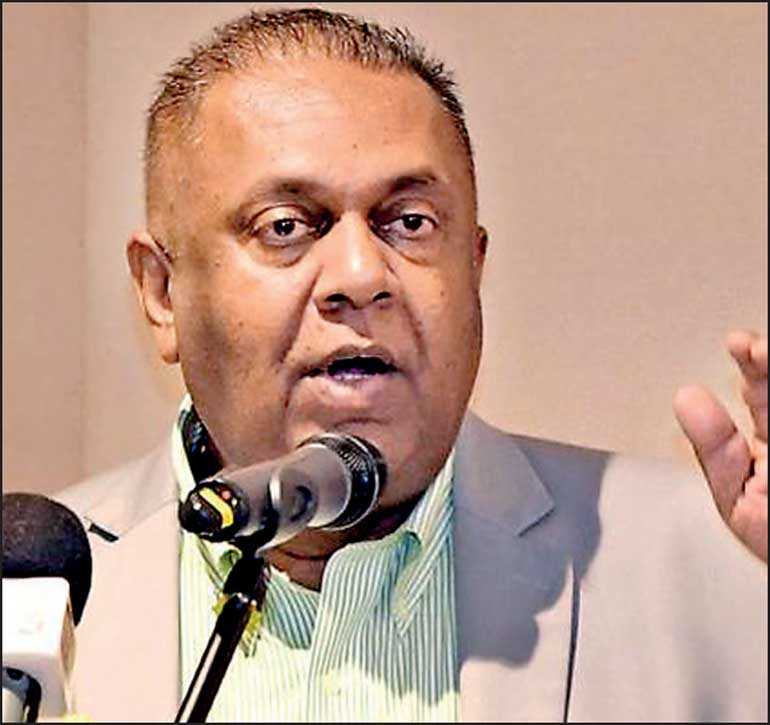 Gotabaya Rajapaksa’s so-called ‘economic blueprint’ is anything but a plan. The 82 slides, released on Sunday, pump aspiration and dump implementation. A blueprint is supposed to be a roadmap for how to achieve an objective. The slide-deck dreams many dreams. But there is precious little that can be actioned. It is, at best, a blueprint for building castles in the air; at worst, a blueprint for disaster.

More worryingly, it has taken the sensible strategy of Vision 2025 and fused it with toxic Rajapaksa kleptocracy. In reality, the ‘blueprint’ sets Sri Lanka on a ‘Vipathmaga’ – a road to sorrow – returning to the era of debt-fuelled crony capitalism. The fact that one of the sessions was chaired by a person arrested for financial fraud, and indicted by the Attorney-General, demonstrates the calibre of advisors preparing these documents.

As such, the only surprise for me was seeing captains of industry listening avidly to Gotabaya’s speech. For it was only a few years ago that, in hushed whispers and fitfully looking over their shoulders, many complained discreetly about having to cut deals and grease one of four gilded palms at five star hotels to get anything done. Perhaps they think that attending such an event is an act of ‘strategic promiscuity’ – buying insurance, should the worst occur.

But that insurance is no safety net. The sugar high of the post-war years cannot return. The previous regime borrowed so much during their tenure that Sri Lanka’s credit card is maxed out. Any attempt to load further debt, or to destabilise the economy, will mean that financial markets will withdraw credit and increase interest rates. But that does not worry the organisers of ‘Vipathmaga’. Their economic plan is simple: a return to the dictatorial kleptocracy of the ancient regime.

In fact, the ‘Vipathmaga’ presentation shows that no lessons have been learnt from the mistakes of the past. There is no reassurance there won’t be even more Hambantota Ports and Airports, Lotus Towers and cricket stadiums. Not to mention pumping and dumping the stock-market, artificially over-valuing the rupee (in the process destroying export competitiveness) and making a profitable airline loss-making because the CEO did his job.