Sunday 18 August was a day to remember to most Volkswagen Beetle owners, who flocked their way to the Excel World to be greeted by a grand façade depicting the Wolfsburg emblem, welcoming the participants and well-wishers to the Volkswagen Beetle Pageant 2019.

The event was organised by the Volkswagen Beetle Owners’ Club, who put together a fabulous event featuring a display of the entire range of Volkswagen Beetles that represented the early “Split Screen” imports, with a new entry of EL534, which was brought back to life after a ground-up restoration. This was followed by the early oval Beetles, which was the much-favoured car amongst the young civil servants and professionals in the fifties. Most of them painted in the original Black were given the allocated parking alongside the early Splits. The post 1957 Sloping Lamp Beetle, with the introduction of the larger rear screen, and the robust post 1967 VW1300 model, which was unrivalled in its class at the time of its introduction, were also displayed at the Pageant. The next allocated parking was reserved for the most luxurious, VW1302 and 1303 Superbugs, which were well represented by their proud owners.

Adding more colour, an allocated space was given to the sporty Karman Ghias and Variants along with the much sought-after VW Vans, which made the event a resounding success.The members also had the opportunity to bring along with them any VW-related spares that could be sold to fellow members, which was of great value. Through this initiative, some rare spares were made available for Beetle owners. 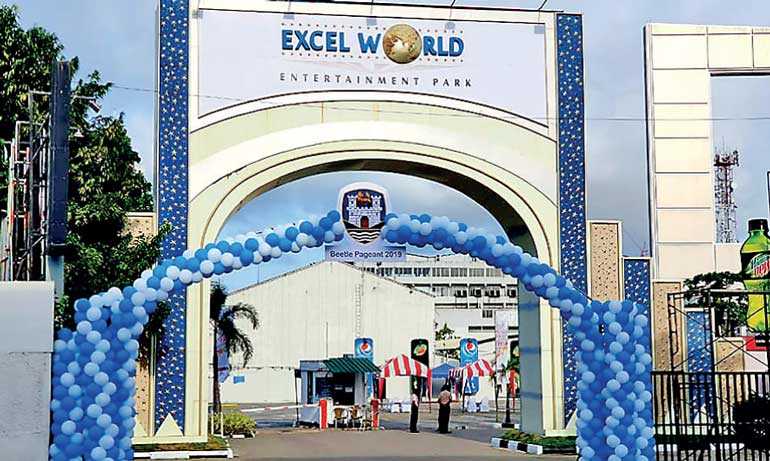 Moving into mid-day, Club President Peter Jasinghe invited two well-known personalities who had over forty years’ experience in servicing the VW Beetle to conduct a seminar on the basic aspects of keeping the Bug on the road. This was none other than Kumar Samarasinghe and Indrajith Munasinghe, considered Maestros in VWs in Sri Lanka, who gave invaluable advice on the general maintenance of the Bug, and answered many queries that was presented to them. This was of immense value to the members, as most of them gained tremendous insight on keeping their Beetles on the road, avoiding frequent garage visits.

Carrim and Omar of Excel World put together a fabulous spread at the Marco Polo Room of Excel World, which was enjoyed by all, and was followed by the Grand Finale that was conducted by Club Vice President Ruwan Punchihewa. All participants were awarded a unique club trophy that was personally designed by Club Patron Kapila Jayawardena along with a certificate of participation.  This was followed by an emotional address by Manel Fonseka who had come along to find out more details of their VW Beetle, which she and her husband Senaka Bandaranayake drove overland from the UK in 1974, which took them over six months. This was somewhat alike to finding out details of a lost child, which proved the love and devotion that is shared amongst the owners of this little gem of a car.

The vote of thanks was delivered by Ruwan Punchihewa who went on to thank the Main Sponsor of the event, LOLC Group, and especially the Club Patron Kapila Jayawardena for his initiation and unstinted support that made the event a resounding success. He went on to thank Club Treasurer Lasath Pathirennehe and his team for an excellent job done in ensuring the financial assistance for the event, and also to Amanda Gooneratne for informing the members of the club of the event and his colleagues Jaliya Jayasuriya, David Jansze, Mahesh Mallawaratchi and Mayur Varia whose assistance contributed immensely to the success of the event. To conclude the event, a large VW Pageant Cake was cut by the Club Patron Kapila Jayawardena and Mrs. Jayawardena with three hearty cheers.