Home / Management/ The workplace habits stopping your career in its tracks

The workplace habits stopping your career in its tracks 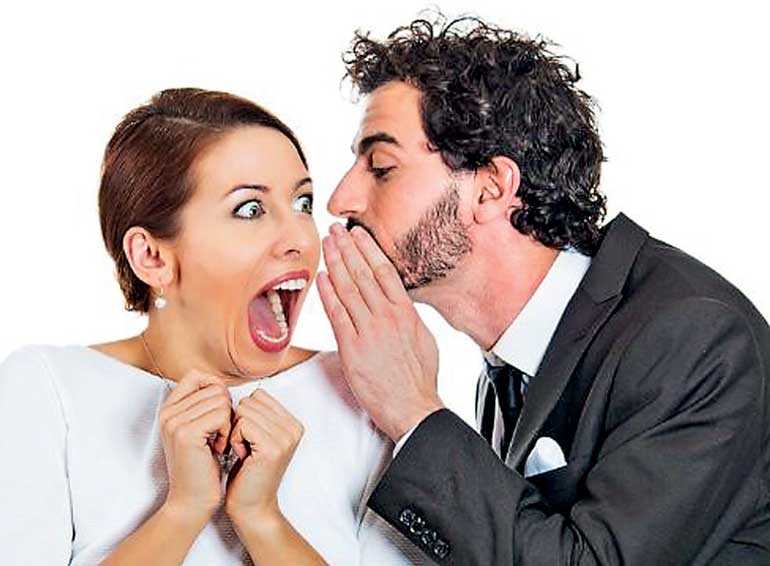 With most individuals completely unaware of their behaviour, it’s of no surprise they’re oblivious as to how their behaviour is perceived by or impacts others. Which, in a workplace environment, could have serious consequences for your career.

Career success depends on two things. First, your personal brand. How people perceive you and the emotions they associate with you. Second – how well you communicate and build relationships with others. With your clients, customers, colleagues, boss, influential stakeholders. Exhibit behaviours that negatively impact your personal brand and act as barriers to communication, your career could come to a grinding halt.

So what workplace habits are you unaware of that might be ruining your career?

Whether it’s towards your job, your company or the people you work with, demonstrating a negative attitude will cause you a number of problems. First, it will ruin your chances of promotion. No successful leader has ever had a negative, no-can-do attitude ever. Second, your boss or senior management could begin to see you as a hindrance to progress and a non-team player – leaving your employer to question your future at the company. Third, negative people are really hard to be around. They’re like energy vampires. Continue being negative and you will alienate most people in the company – leaving you feeling alone and unsupported. If you have a habit of having a glass half-empty attitude, shifting your focus from looking for problems to finding solutions will do amazing things for your career.

2) Not listening (and interrupting people)

Relationships are built on communication and trust. By not listening you are showing the other person you don’t care about what they think. This could be perceived as a lack of respect. This is a huge barrier to building trust and will only lead to negative results – with your clients, customers, colleagues or management. Listening is the best way to not only build successful relationships, but to also better yourself and your skills. As the Dalai Lama once said, “When you talk you are repeating what you already now. But if you listen, you may learn something new.”

3) Not being accountable for your mistakes

Everyone makes mistakes. The difference between a mature person and an immature person is that the mature person takes accountability for their mistakes. They don’t pass the blame onto someone else. I appreciate you might be worried owning up to a mistake will make you look incompetent. And if you keep repeating the same mistake again and again, it might. But as long as you take accountability for the mistake and learn from it, you will hold your dignity intact. Play the blame game, you will only make yourself look like a child and your dignity will be out the window.

4) Being rude, aggressive or snappy

You might be having a bad day. You have a belief that being rude or aggressive will get you what you need. Maybe you’re feeling insecure or threatened, and have a belief that putting others down will make you look or feel better. Maybe you believe it’s your identity. If you stopped being the ‘aggressive one’ in the office – how else would you get noticed and stand out from everyone else? While there is always a reason for the behaviour, the behaviour itself is not appropriate for the workplace. It will harm your personal brand and career prospects. Take steps to manage your issues outside of the office (e.g. coaching, personal development books etc.) and leave them at the door.

At one of my previous companies there was a senior manager who said ‘no’ to everything. Whenever someone needed his signature or approval on something, his first reaction was to always say ‘no’. He did this out of a need to feel significant – knowing he had the authority to stop something gave him a sense of importance. He thought he was demonstrating to his colleagues how powerful he was. Instead, it just made him look like an uncooperative nuisance and 6 months later he was removed from that role. Being seen as a team player is crucial for your career success. Look for ways to make things happen rather than saying ‘no’ and you will still be seen as powerful – but in a much more positive way.

6) Talking about yourself all the time

Again – your career is determined by the quality of relationships you make. Constantly talking about yourself is not conducive to successful relationship management. Take a genuine interest in other people and watch your career (and job satisfaction) flourish.

Turning up late to meetings or conference calls can be perceived as a lack of respect for other people’s time. And in the case of the company paying your salary – constantly showing up to work late could be interpreted as a lack of respect for their investment in you. If you want to be seen as a team player – striving to help the company achieve their goals – prove it by being respectful of other people’s time.

Sometimes people engage in gossip to bond with other people. Others do it because they think it will make them look good – they’re in the know, so they must be important right? Others do it out of insecurity – if I can make someone else look bad that might make me look better. The intention of the behaviour might positive for the individual. But the behaviour and the impact it will have on your personal brand will be anything but. You could be seen as a troublemaker and non-team player. Not great if you’re looking for a promotion any time soon.

9) Being on your phone in meetings

Being on your phone gives the impression you are either bored, disengaged or wishing you could be somewhere else. Genuine team players are focused – always acting with their company’s goals in mind. Being on your phone or tablet indicates you couldn’t care less about what your company wants to achieve. The company is paying you a salary. They are paying you to care. Be respectful, put your phone down and engage in the meeting. Even most work issues can wait until the end of a meeting, or at least the break, before they have to be attended to.