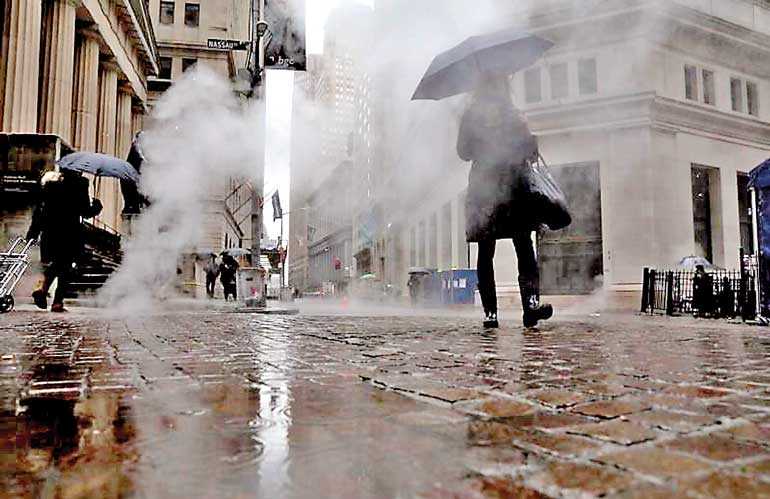 DAVOS, Switzerland (Reuters): More than half of chief executives in an annual survey by PwC expect a slowdown in global economic growth this year, in marked contrast to the confidence that has lifted stock markets. The survey, published on Monday ahead of the World Economic Forum annual meeting in Davos, found 53% of CEOs around the world forecast the rate of global growth will fall, compared with 29% the year before, the highest level of pessimism since the accounting firm began asking the question in 2012.

Meanwhile shares of many major companies are hovering near record highs, amid a thawing in U.S.-China trade tensions. A recent Deutsche Bank report said investors, betting on a bounce in global growth, now have the greatest exposure to equities in two years. However, the 1,581 interviews with CEOs in 83 countries were carried out between September and October 2019, before China and the United Stated inked an initial deal resolving some of their trade disputes and other geopolitical risks, such as Britain abruptly exiting the European Union, subsided.

Only 27% of CEOs surveyed said they were “very confident” in their company’s growth over the next 12 months – the lowest level PwC has seen since 2009, and down from 35% last year.

Extrapolating from these results, PwC said global growth could slow to 2.4% in 2020.

“Given the lingering uncertainty over trade tensions, geopolitical issues and the lack of agreement on how to deal with climate change, the drop in confidence in economic growth is not surprising – even if the scale of the change in mood is,” said Bob Moritz, chairman of PwC’s international network.

While climate change does not rank among the top ten threats to CEOs’ growth prospects, the survey found a strong desire among many business leaders to reduce their companies’ carbon footprint. CEOs are now twice as likely to “strongly agree” that investing in climate change initiatives will boost reputational advantage, PwC said.