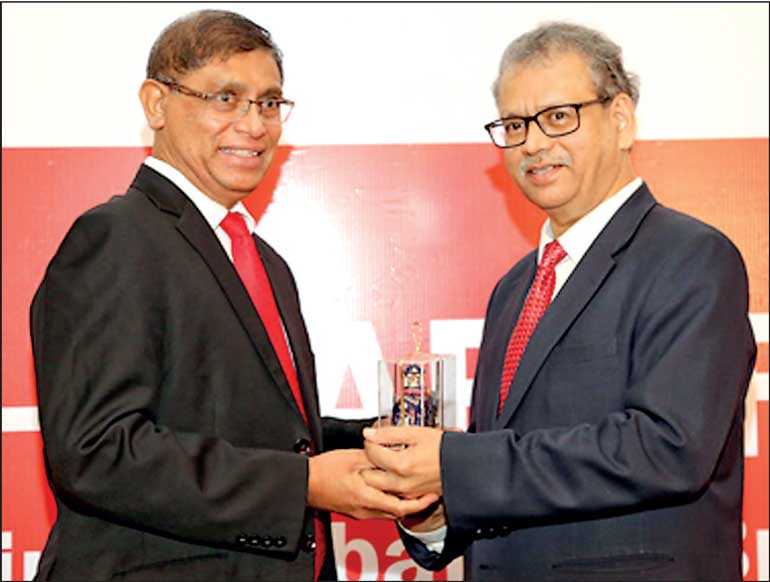 Delivering the welcome address, CA Sri Lanka President Jagath Perera said that the finance profession can play an important role in helping eliminating bribery and corruption. “In this journey, the accounting profession can be the catalyst of change,” he said.

Perera noted that CA Sri Lanka members can also play a significant role in this effort as they hold influential positions across both the private and public sectors. He added that to strengthen the fight against corruption and bribery, CA Sri Lanka has also set up a forensic accounting faculty which will offer an international qualification on the subject. To eradicate corruption and bribery, Perera said it was important to start from the top. “Then automatically the rest of the people in the bottom tier will fall in line.”

State Minister of Finance Eran Wickramaratne who was the chief guest at the forum said that the greatest threat to economic development is corruption, and both corruption as well as bribery undermines the rule of law, impedes development and promotes bad governance. “In Sri Lanka, corruption and bribery ranges from individuals profiting from every highway and or handing out food parcels to voters,” he said.

The Minister noted that corruption and bribery has become part of the country’s culture and is prevalent in business, politics and many segments of society. “Where there is corruption; individuals, businessmen and politicians benefit at the expense of the country” he said. Mr. Wickramaratne noted that even though steps have been taken to combat corruption and bribery, the fact that it has become a norm for many years, makes eradication tough. “We have made notable progress in combating bribery and corruption in some ways, but there is still a long way to go.”

The solution for this, according to the State Minister is to set up systems which reduces human interaction. “I get complaints from businessmen who say they cannot clear their goods without making a payment. I have told them to stop complaining and come to me with the transaction records. But I have not received a single transaction of corruption, which I can then refer to the appropriate authorities. If we want to change the system, then we must get serious with it. Systemic change is not possible without disrupting the existing system,” he added.

In conclusion, the Minister stressed the need for everyone to join the fight against eradicating corruption and the culture of impunity.  “As professionals you have a major role to play in this.”

Confederation of Asian and Pacific Accountants (CAPA) President Manoj Fadnis said that accountancy could certainly play a pivotal role in ensuring transparency and good governance. “When transparency and governance is strong in a country, it will result in the reduction of corruption and result in economic growth of a country, and the masses can ultimately enjoy the fruits of this growth,” he added.

SAFA President Dr. P.V.S. Jagan Mohan Rao said that ultimately it is integrity which makes everyone different from the other. Relaying a story of a Swami, he said a person’s integrity cannot be measured by what the person wears, and instead it should be measured only by that person’s true character.

Commission to Investigate Allegations of Bribery or Corruption (CIABOC) Director General Sarath Jayamanne delivering the keynote speech questioned as to how many companies pay their taxes in an orderly manner. He noted that if a tax report undervalues the properties of certain companies, or the company negotiates with officials on the tax fee, it means the company pays a reduced tax. “Such practices eventually lead to bribery,” he said.

Jayamanne disclosed that steps were currently underway to amend the existing archaic laws in relation to bribery and corruption existing in the country, to ensure they are more relevant in the current context. “We have also launched a national action plan for the next five years to fight corruption,” he said. Jayamanne also called on more forensic accountants to help his commission’s activities in reaching the corruption free goal.

Arjuna Herath representing CA Sri Lanka spoke on ‘Accountancy Profession: Playing a Positive Role in Fighting Corruption’ from the perspective of the International Federation of Accountants (IFAC). During the country wise presentations, focus was drawn on ethics, integrity, enforceability, asset declaration, building trust and value systems as pillars in combating bribery and corruption.