Home / Management/ ‘Built to be CEO’ by Sabrina Ghouse: an inspiring publication for aspiring women

‘Built to be CEO’ by Sabrina Ghouse: an inspiring publication for aspiring women

For those of you who have not yet decided what you want to be, Sri Lankan-born Sabrina Ghouse lends advanced career advice to women on how to get to the top in her newly released book ‘Built to be CEO, A Woman’s Journey to the Top’. “I am here to convince you: you are built to be CEO,” she states.

In a 221-page well-researched publication with multi-faceted representations on how to thrive in today’s environment, Sabrina hopes that one day the appointment of a woman as CEO is so common that it will no longer be noteworthy. However, ‘Built to be CEO’ is not just a book for women, but a publication for men and women alike who aspire to become effective leaders. The book offers candid palpable points of view on how to get to the top, how to lead and inspire others. 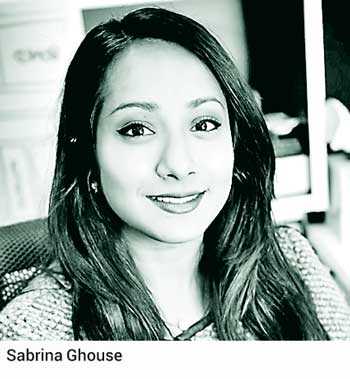 They consistently ask themselves, ‘Is there more I can do? Can I do better? Am I built for more?’ And they undoubtedly answer their own questions with, ‘yes’. While we all set goals, future CEOs continue to push the boundaries of their goals and remind themselves that they haven’t come this far, just to come this far.”

Sabrina likens typical modern-day CEOs to a male North American Moose – the tallest mammal on the continent with striking postures and deadly to humans who cannot protect themselves. But the physical characteristics of a future CEO can be shaped by ‘you’, she adds.

Sabrina lists 10 Building Blocks, which are broken down into distinct chapters, beginning with self-exploration: Do you want to be CEO? Secondly, it discusses why Time is your Most Valuable Player and then Understanding What you are Getting Into, before conferring types and traits, support environments and the way forward.

“Across the new world of business, where disruption is at every corner and innovation is the word of the day, CEOs and future CEOs must shift focus to the ‘money value of time’. Cutting-edge people and companies are rethinking the nature of their relationship with time. While most people will calculate the value of their time using only their hourly wage or gross income, the money value of time is influenced by a number of other factors.

“If you are aiming to be CEO the present value of your time is greater than the same amount of time in the future. It is now more important that the time you have in your early career is spent well. This lesson came to me from a CEO I worked with closely. He said: ‘You might be the youngest in the room, and the youngest to do many things. But at some point, you stop being the youngest. And you will look back and reflect on whether you could have achieved more earlier on in your life, and regrets are expensive’,” Sabrina writes.

Empowered women empower women, she opines. Sabrina has worn many hats in her career serving numerous CEOs in diverse industries mostly as a Chief of Staff. She affirms that in this role she has learnt many lessons about building a strong resume, finding a solid support network, practicing self-awareness and building a unique brand to advance your career.

A Graduate of Harvard University, she is the Chief of Staff to the CEO of AAA in the USA, and is the Founder of two education non-profit organisations. In the book, Sabrina features stories from five role models and mentors including Emmy-winning reporter Patti Lee, four-time Olympic Champion Jenniffer Botterill, UFC Champion Alexis Davis and McKinsey Managing Partner Laura Furstenthal. 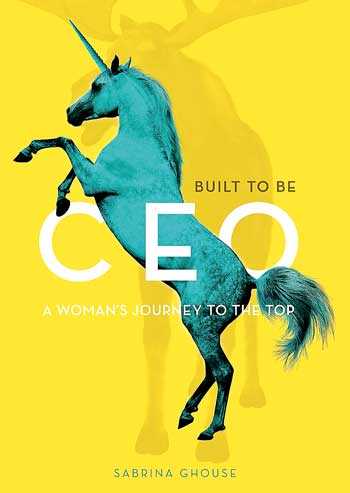 Sabrina dissects and describes her 10 Building Blocks in great detail, drawing from her own experiences and others, providing advice and motivation to identify and overcome challenges at each stage. The book dispenses great advice on avoiding mistakes with your time during the early stages of a career, and provides detailed analysis of progress with gender gaps within industry.

Sabrina pays tribute to her mother who had encouraged her to be what she was built to be. “My mother told me once, ‘Some people are so poor that they only have money’. That statement has become imprinted on my mind, and I hope it will be on yours too,” She states. ‘Built to be CEO’ is a highly informative and inspirational work, which is suitable for young executives as well as senior managers lending great insights on early career development, management thinking and strategy.

In her book, Sabrina points to 2017 as an exciting year as the number of women leading Fortune 500 companies had grown to 6.4%, which is a record high in comparison to 2.6% a decade earlier. However, this number dropped to 4.8% in 2018. But in the grand scheme of things, the numbers are improving albeit slowly, she points out.

Sabrina quotes a Paysa study which showed 41% of women lacked courage to ask for a raise, whilst a Harvard study showed that women tend to apply for a job only if they meet 100% of the qualifications required, whilst men did so even at 60%.

“No, it’s not too early to say you are built to be CEO, or act like a future CEO. It might be days, months, years, or decades you become a CEO based on the foundation you have laid for your career, and the decisions you make for yourself. The important titbit to remember is that you charter your own journey. Your journey starts as soon as you say out loud, ‘I am built to be a CEO’,” Sabrina writes.