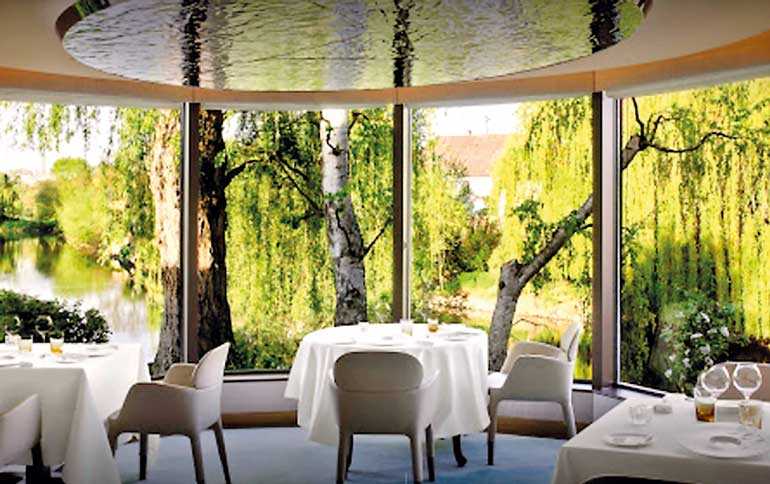 PARIS, AFP: A restaurant that has held three Michelin stars for half a century was pushed down a rank Monday in one of the biggest shocks of the French culinary guide for 2019.

Ahead of the new edition’s unveiling Monday afternoon, Manager Danielle Baumann Haeberlin confirmed the bad news for the Auberge de L’Ill, calling it “a sad day for the Alsace” region where the family has run an inn for 150 years.

“After 51 years of three stars, I learned on Sunday that I had lost the third,” her brother, Chef Marc Haeberlin, told France 3 Alsace television.

“It’s hard for the team, it’s hard for everyone – the customers, the family – it’s very hard,” said the chef, a champion of contemporary Alsatian cuisine.

“I don’t know how to explain this loss,” said Haeberlin, whose culinary mentor, the legendary Chef Paul Bocuse, died a year ago.

Haeberlin is not the only shock loser of the 2019 guide.

Marc Veyrat, known as much for his ever-present wide-brimmed black hat as his love of mountain ingredients, confirmed that his Alpine restaurant the Maison des Bois had also lost its third star.

“I’m terribly disappointed. I can’t understand it at all,” said Veyrat, who only earned the third star last year.

“I will stay combative and present with the team in my kitchen,” Veyrat said, blasting the decision as “unfair”.

Pascal Barbot, whose Parisian restaurant l’Astrance has held three stars for 11 years, is also dropping down a notch to two stars in 2019.

A record 75 restaurants have earned new spots in the one, two or three star rankings in 2019, he told AFP last week.

Michelin’s feared reviewers have “managed to unearth talents in all corners of France” for the new edition, he promised.

A large number of foreign chefs working in France are also set to be honoured in the full guide, due to be revealed from 1400 GMT in Paris.

The ceremony was due to pay tribute to Joel Robuchon, the giant of French cuisine who died last year.