Home / Letters to the Editor/ Gota’s tax proposals: Govt. will lose Rs. 560 b 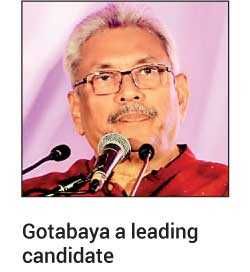 There was so much happiness when Gotabaya Rajapaksa, the SLPP candidate, said he would slash taxes. The Government would immediately lose Rs. 560 billion. He does not however say how he will collect the shortfall of Rs. 560 billion. We need to see his revenue proposals. Generally taxes are involuntary fees levied on individuals or corporations and enforced by a government entity — whether local, regional or national — in order to finance government activities. In economics, taxes fall on whomever pays the burden of the tax, whether this is the entity being taxed, like a business, or the end consumers of the business’s goods. I guess he thinks by putting more money into the hands of the public it will increase aggregate demand.

Most people cannot even meet their basic needs, so that strategy will take time. He should perhaps allow all politicians to declare their illegal gains and political donations by paying a 50% tax with no questions asked. That will surely net him half that amount immediately.

Since Gota is a leading candidate, I would like his campaign team to respond to my question

Since you are taking out 50% of the tax revenue how do you plan to fund higher education, health, welfare and national security with half the annual budget?