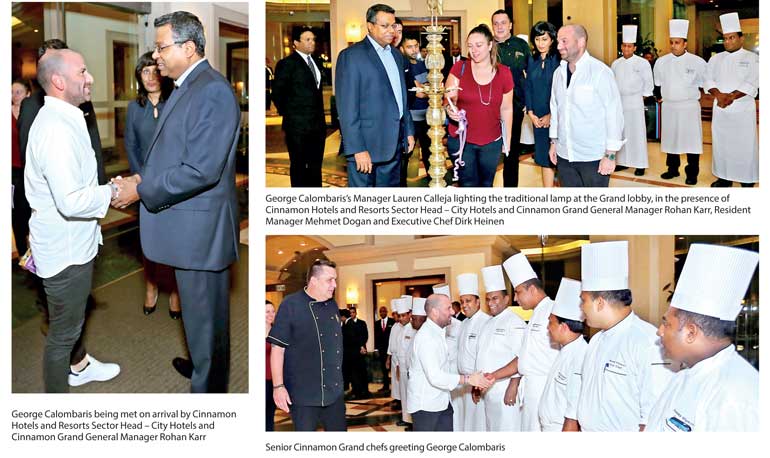 Celebrity TV personality, restaurateur and judge of ‘MasterChef Australia’ George Calombaris arrived at Cinnamon Grand in the early hours on Wednesday, 7 May to begin his four-day tour in Sri Lanka.

Calombaris is here at the invitation of Cinnamon Life, Colombo’s premier lifestyle mixed development and will conduct a series of interactive programs in the next few days, giving his loyal fans in Sri Lanka a rare chance to meet him and savour his culinary masterpieces. He will present two curated dinners at the Cinnamon Grand on 9 and 10 June (Friday and Saturday), a masterclass at Cinnamon Lakeside on Saturday, 10 June, be part of a charity auction and a decadent High Tea on Sunday 11 June at the Grand.