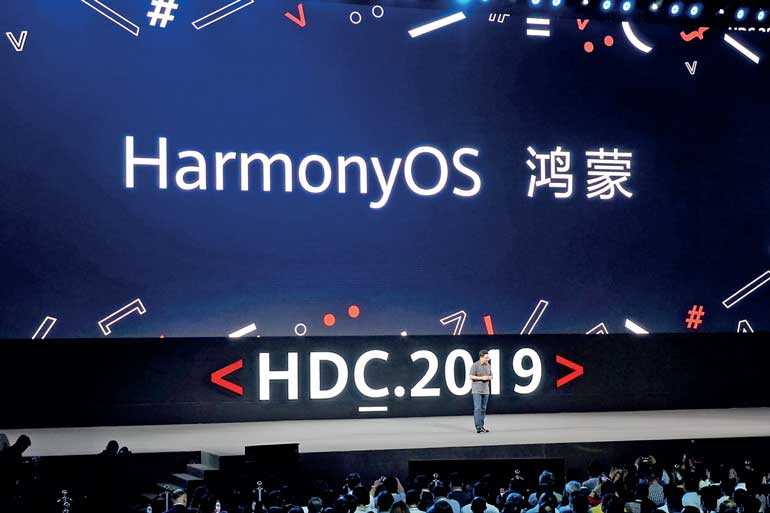 DONGGUAN, China/HONG KONG (Reuters): Huawei Technologies unveiled has its proprietary operating system for smartphones and other devices, as US trade restrictions imposed in May threaten to cut the Chinese firm’s access to US technologies such as Android.

But Huawei said that for now it would stick to using Google’s Android for smartphones, and the new software will be gradually rolled out to support devices such as smart watches, speakers and virtual reality gadgets.

The new OS is part of Huawei’s attempt to develop its own technologies from chips to software to reduce its reliance on US firms amid an intensifying US-China trade war.

Huawei had previously given little information about the software, fuelling speculation about how quickly or effectively it could find an alternative to the Android system.

“You can develop your apps once, then flexibly deploy them across a range of different devices,” he told a developers’ conference held in Dongguan in southern China, where Huawei has built a lavish new campus modelled after European towns.

Yu said the Honour televisions it plans to unveil on Saturday will be the first product using Harmony, called Hongmeng in Chinese, and it plans to roll it out for use in other devices until 2022.

The operating system, which Huawei started working on two years ago, will be open source software and aims to be safer and more efficient than existing ones in the market, he said.

People familiar with its development at Huawei said Harmony was not being developed to rival Android, but was more like Google’s Fuchsia – an open source OS being developed at the American firm for gadgets that could include everything from smartphones to Internet-of-Things devices.

Yu mentioned Google’s Fuchsia multiple times during his speech, which was made to thousands of attendees in a basketball stadium in the city.

He also said it would be difficult for Huawei to meet its previous goal of becoming the world’s biggest smartphone maker by shipments this year due to US curbs imposed in May. The company would have been able to ship 300 million smartphones this year without such restrictions. It shipped 118 million units in the first-half.