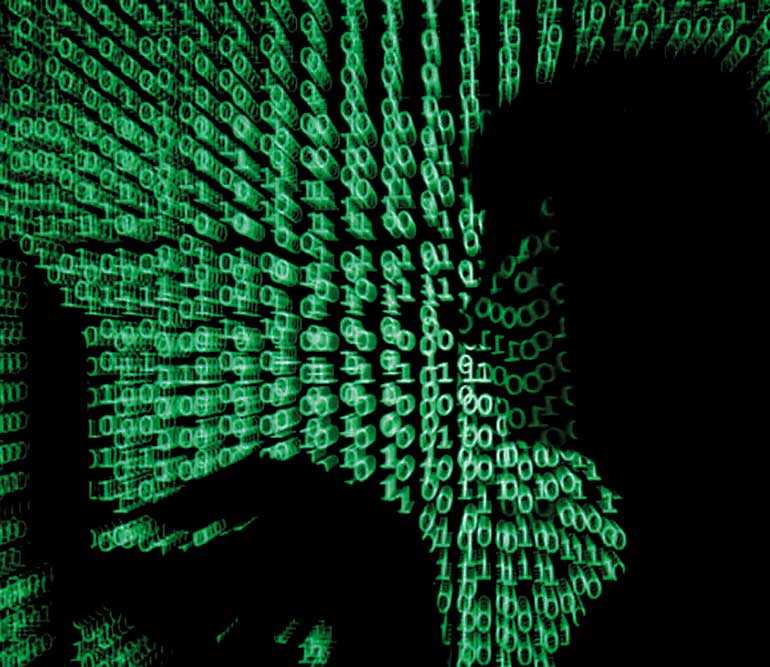 FILE PHOTO: A man holds a laptop computer as cyber code is projected on him in this illustration picture taken on May 13, 2017. REUTERS

TEL AVIV (Reuters): Hackers have broken into the systems of more than a dozen global telecoms companies and taken large amounts of personal and corporate data, researchers from a cyber security company said on Tuesday, identifying links to previous Chinese cyber-espionage campaigns.

Investigators at US-Israeli cyber security firm Cybereason said the attackers compromised companies in more than 30 countries and aimed to gather information on individuals in government, law-enforcement and politics.

The hackers also used tools linked to other attacks attributed to Beijing by the United States and its Western allies, said Lior Div, chief executive of Cybereason.

“For this level of sophistication it’s not a criminal group. It is a government that has capabilities that can do this kind of attack,” he told Reuters.

A spokesman for China’s Foreign Ministry said he was not aware of the report, but added

“we would never allow anyone to engage in such activities on Chinese soil or using Chinese infrastructure.”

Cybereason declined to name the companies affected or the countries they operate in, but people familiar with Chinese hacking operations said Beijing was increasingly targeting telcos in Western Europe.

Western countries have moved to call out Beijing for its actions in cyberspace, warning that Chinese hackers have compromised companies and government agencies around the world to steal valuable commercial secrets and personal data for espionage purposes.

Div said this latest campaign, which his team uncovered over the last nine months, compromised the internal IT network of some of those targeted, allowing the attackers to customise the infrastructure and steal vast amounts of data.

In some instances, they managed to compromise a target’s entire active directory, giving them access to every username and password in the organisation. They also got hold of personal data, including billing information and call records, Cybereason said in a blog post.

“They could grab information as they please on the targets that they are interested in.”

Cybereason said multiple tools used by the attackers had previously been used by a Chinese hacking group known as APT10.

The United States indicted two alleged members of APT10 in December and joined other Western countries in denouncing the group’s attacks on global technology service providers to steal intellectual property from their clients.

The company said on previous occasions it had identified attacks it suspected had come from China or Iran but it was never certain enough to name these countries.Cybereason said: “This time as opposed to in the past we are sure enough to say that the attack originated in China.”