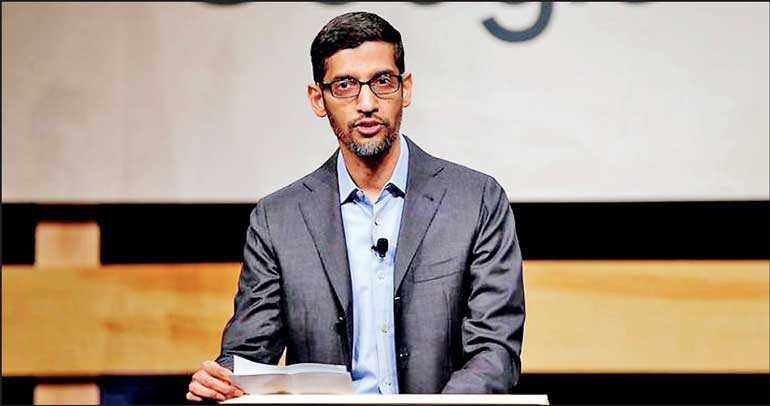 San Francisco (Reuters): Google co-founders Larry Page and Sergey Brin are stepping aside as leaders of the Internet behemoth they founded 21 years ago, ending an extraordinary run that saw them build one of the world’s most valuable and influential companies.

Trusted lieutenant Sundar Pichai, who has run the core Google search business since 2015, will immediately take the reins as CEO of parent Alphabet Inc.

“While it has been a tremendous privilege to be deeply involved in the day-to-day management of the company for so long, we believe it’s time to assume the role of proud parents — offering advice and love, but not daily nagging!” Page and Brin wrote in a blog bit.ly/2sA9tGb post on Tuesday.

Page, Brin and Pichai have shared an emphasis on developing artificial intelligence software to make web searching faster and more personalised, while expanding the range of information and services available from a simple text query.

But their vision faces unprecedented scrutiny, with governments on five continents demanding better safeguards, an end to what many view as anticompetitive conduct, and more taxes from the world’s largest online advertising company. Thousands of employees have protested, and some have even resigned, over ongoing concern that Google’s famous “don’t be evil” mantra - once embraced by Page and Brin - may be cracking.

Alphabet, which owns more than a dozen companies including self-driving car business Waymo and health care software company Verily, was created in 2015 as part of a restructuring. The Google unit retained control of major businesses including video giant YouTube, the Android smartphone software and hardware operations, and cloud computing.

Page and Brin, both 46, remain directors of the parent company but will cede their respective CEO and president titles immediately, Alphabet said. The president role will not be filled, it said, describing the changes as long discussed.

Page and Brin developed the core Google search technology while they were still graduate students at Stanford, and it quickly proved far superior to competing search engines of the early Internet era.

By the time it went public in 2004, Google dominated Web search and was on its way to becoming a household name and the most powerful force in the global advertising business. The young co-founders also nurtured a free-wheeling, engineering-driven culture that became a model in Silicon Valley, which is littered with startups launched by Google veterans.

Pichai, 47, who has spent 15 years at Google, rose to prominence while leading development of Google’s Chrome browser. He later led product development and engineering across all of Google’s services for a year before gaining the CEO title.