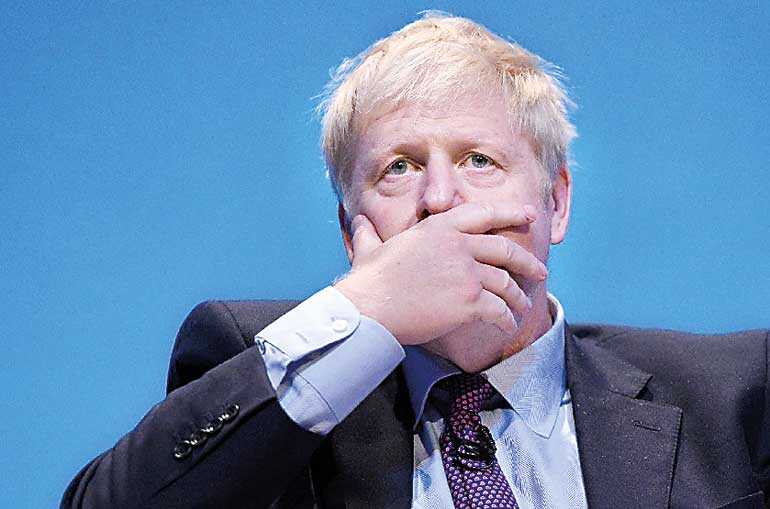 Johnson has said he will seek a new divorce agreement with Brussels but will leave without one if that is the only way to keep to the latest October 31 exit deadline.

“The new prime minister must not underestimate the benefits of a good deal,” said Carolyn Fairbairn, director general of the Confederation of British Industry, Britain’s biggest employers’ organisation which represents some 190,000 businesses.

“It will unlock new investment and confidence in factories and boardrooms across the country. Business will back you across Europe to help get there.” The British Chambers of Commerce, which also represents thousands of firms, urged Johnson to spell out how he would avoid a chaotic no-deal Brexit.

“The message to Boris Johnson from business communities around the UK couldn’t be simpler: the time for campaigning is over – and we need you to get down to business,” said BCC Director General Adam Marshall.

“Companies need to know, in concrete terms, what your government will do to avoid a messy, disorderly Brexit on October 31, which would bring pain to communities across the UK and disruption to our trade around the world.” Johnson was elected leader of the governing Conservative Party on Tuesday and will take over as prime minister on Wednesday.

He replaces Theresa May, who quit after trying and failing to get her deal with Brussels through the British parliament, forcing her to delay Brexit twice.

The pound erased its morning losses after Johnson won the leadership contest.

Ahead of the news, sterling dipped as low as $ 1.2418 on fears of a dreaded “no-deal” split that severs trade ties abruptly. That was not too far from last week’s two-year low of $ 1.2382.  The European single currency meanwhile rose to just over 90 pence. That compared with last week’s peak of 90.51, which had been the euro’s highest level since mid-January.

But the pound then recovered its losses for the day to make gains against the dollar and euro.

TheCityUK, which represents the financial services firms in the City of London, urged Johnson to set out his plans quickly.

“We hope the new prime minister can find an economically viable way through the ongoing political impasse in parliament and with the EU 27.”