Home / International/ ‘The gate of justice is opened’: Rohingya cheer as World Court orders Myanmar to protect them

‘The gate of justice is opened’: Rohingya cheer as World Court orders Myanmar to protect them 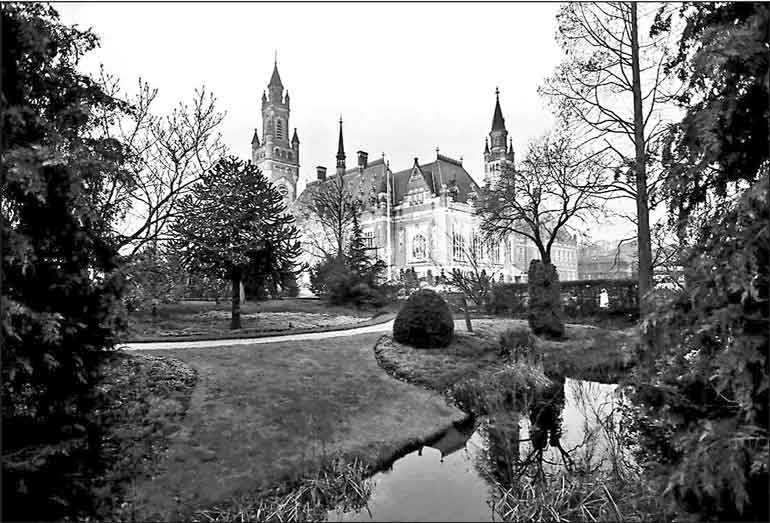 General view of the International Court of Justice (ICJ) in The Hague, Netherlands 23 January – Reuters

COX’S BAZAR, Bangladesh/Yangon (Reuters): Rohingya Muslims celebrated a decision by the International Court of Justice to order Myanmar to protect them, hovering over mobile phones in refugee camps to watch the first legal victory since a military-led crackdown drove them from their homes.

The Hague-based court ordered Myanmar to take urgent measures to protect the minority against further atrocities and preserve evidence of alleged crimes, after mostly Muslim Gambia launched a lawsuit in November accusing Myanmar of genocide.

“Thank you Gambia!” a group of dozens of refugees sitting on the floor of an NGO office in Bangladesh shouted after the ruling was announced.

“For the first time, we have got some justice,” said Mohammed Nur, 34. “This is a big achievement for the entire Rohingya community.”

Hamida Khatun, 50, who said her mother was killed and her husband arrested in Myanmar, said: “We are very happy we got justice.”

Thursday’s verdict dealt only with Gambia’s request for preliminary measures, the equivalent of a restraining order for states. The court’s final decision could take years.

More than 730,000 Rohingya fled Myanmar’s western Rakhine state in 2017 after a military-led campaign that the United Nations has said was conducted with genocidal intent. Several hundred thousand remain in Myanmar, confined to camps and villages and denied access to education and healthcare.

“My Rohingya brothers and sisters... The gate of justice is just opened,” Mayyu Ali, a Rohingya poet, wrote on Twitter after the judgement was announced. “Now we are protected under the genocide convention”.

Rohingya still living inside Myanmar contacted by phone said they hoped the ruling would force the country to improve their situation. “We need protection,” said Tin Aung, a Rohingya leader living in Myebon township in central Rakhine state, where Muslims have been confined to camps since violence in 2012.

Myanmar officials did not immediately comment on Thursday’s verdict. A government spokesman and two military spokesmen did not answer calls from Reuters seeking comment. The proceedings in the Hague last month galvanised supporters of state counsellor Aung San Suu Kyi, who staged rallies across the country chanting “Stand with Suu Kyi” and waving flags.

There were no gatherings in the commercial capital Yangon on Thursday, though billboards bearing Suu Kyi’s face still stood at intersections where they were erected weeks ago.

She said on Thursday in an article published by British newspaper the Financial Times that war crimes may have been committed, but denied genocide, saying refugees had exaggerated the extent of abuses against them.

Myanmar was the victim of “unsubstantiated narratives” by human rights groups and UN investigators, and could itself punish perpetrators through domestic mechanisms, she said.

But dozens of Myanmar-based civil society groups published a statement on the eve of the verdict welcoming the court case.

“Lessons of history have shown that... acts of violence and intimidation were committed with impunity using mechanisms of political power and military might,” it said. After the ruling was announced, Aye Lwin, a Muslim community leader in Yangon, told Reuters he thought the judgement would be a “a driving force for people inside Myanmar for reconciliation and unity”.

‘What will happen to us?’

The United Nations has said the weeks of violence in Rakhine state in August 2017 included mass killings, gang rape and arson. Hundreds of Rohingya villages were burned to the ground, razed by bulldozers and then scraped shortly after the Rohingya fled.

Some Rohingya expressed worry that the court’s ruling would have no impact. While the ruling is legally binding, the court has no mechanism to enforce it.

“I am very happy with the ICJ’s decision,” said Zuyarman, a community worker in Maungtaw township, in northern Rakhine state, where many Rohingya villages burned in 2017.

“However, I don’t know what will happen… Is this certainly going to bring good things for people like us?”