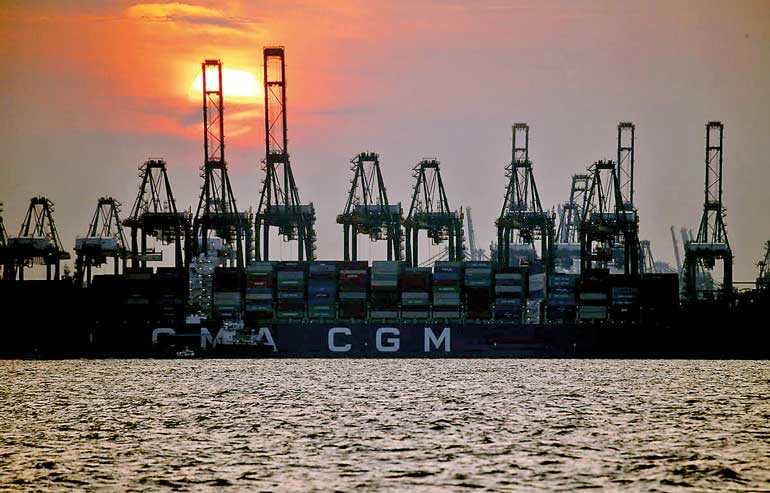 FILE PHOTO: Container cranes are pictured at the port of Singapore - Reuters

The government cut its forecast range for the city-state’s gross domestic product to zero to 1% from its previous estimate for 1.5%-2.5%.

The second quarter’s 3.3% contraction was slightly smaller than the 3.4% decline seen in the government’s advance estimate on a seasonally adjusted and annualised quarter-on-quarter basis, but firmed bets a recession may be around the corner.

Economists in a Reuters poll had expected the final reading to show a 2.9% fall.

“Looking ahead, GDP growth in many of Singapore’s key final demand markets in the second half of 2019 is expected to slow from, or remain similar to, that recorded in the first half,” the Ministry of Trade and Industry said in a statement on Tuesday.

A central bank official said after the data that it was not considering an off-cycle policy meeting. It is next scheduled to meet in October, where it is widely expected to ease policy. The city-state’s annual gross domestic product expanded 0.1% in April-June from a year earlier, in line with the advance estimate of 0.1% but below poll expectations of 0.2%.Singapore, often seen as a bellwether for global growth, has been hit hard by the Sino-US trade war which has disrupted world supply chains in a blow to business investment and corporate profits.

“Obviously, it feels like the storm is coming if you look at the whole macroeconomic fundamentals softening,” said Selena Ling, head of treasury and strategy at OCBC Bank, who also cited a recent round of monetary policy easing by Asian central banks.