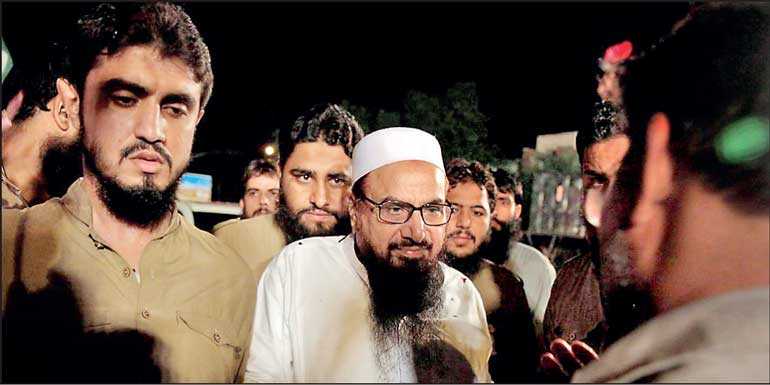 US President Donald Trump welcomed the move and said it was the result of pressure from his administration on Pakistan to get tougher on militants, while an Indian government official said that merely arresting Saeed was not enough and that he should be put on trial and convicted.

The arrest, announced by the spokesman for the chief minister of Punjab province, came days before a visit to Washington by Prime Minister Imran Khan, who has promised to crack down on militant groups operating in Pakistan. “After a ten year search, the so-called “mastermind” of the Mumbai Terror attacks has been arrested in Pakistan. Great pressure has been exerted over the last two years to find him!,” Trump tweeted. Previous US administrations have also urged Islamabad to crack down on militants.

Saeed would often address public rallies and regularly give sermons at Pakistani mosques besides leading a political party his charity group founded.

He has denied any involvement and said his network, which includes 300 seminaries and schools, hospitals, a publishing house and ambulance services, has no ties to militant groups.

A spokesman for Punjab Governor Shahbaz Gill said Saeed was arrested near the town of Gujranwala in central Pakistan.

“The main charge is that he is gathering funds for banned outfits, which is illegal,” the spokesman said.

The Punjab Counter Terrorism Department said in a statement that Saeed had been arrested while going to a court in Gujranwala to seek pre-arrest bail but was remanded in custody.

Pakistan, which is included on a so-called grey list compiled by the Financial Action Task Force, a money laundering and terrorism finance watchdog, has been under increasing pressure to stop the financing of militant groups.

The Indian government official, who has close knowledge of diplomatic issues with Pakistan, said Islamabad should do more than just arrest Saeed. “We want real action, not these kinds of steps that are reversible. One court orders his arrest, another frees him,” said the official. He said the sense in New Delhi was that Pakistan was taking steps such as these before Khan’s trip to the United States, which has offered a $ 10 million reward for information leading to Saeed’s conviction over the Mumbai attacks.“We have seen this before,” the official said. “After the visit is over, things are usually back to what they were before.” In 2017, Saeed was put under house arrest by Pakistani authorities and subsequently released after being cleared of charges against him, drawing strong criticism from Washington and New Delhi.

Lashkar-e-Taiba, designated as a Foreign Terrorist Organization by the US State Department, aims to drive India out of the disputed region of Kashmir and establish an Islamic state across Kashmir, Pakistan, and India.