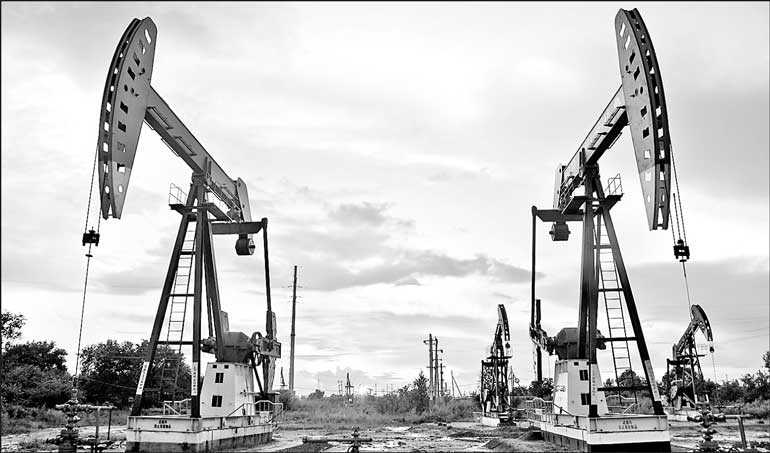 Pumpjacks are seen during sunset at the Daqing oil field in Heilongjiang province, China

Reuters: Oil prices steadied yesterday, on track for a weekly gain, with attention focused on a speech by US Federal Reserve chief Jerome Powell for news on whether it will cut interest rates for a second time this year to boost the world’s largest economy.

“For now, it all comes down to Powell’s projected bias on Friday. Does he insist on the robustness of the US economy or does he highlight the growing downside risks? Investors’ interpretation of Powell’s policy bias is set to sway markets,” said FXTM market analyst Han Tan.

Traders combed through Powell’s speech later yesterday at a meeting of global central bankers at Jackson Hole, Wyoming, looking for clues on US rates as economic headwinds strengthen and the US China trade conflict shows no sign of abating. Kindling worries about a possible recession, US manufacturing industries registered their first month of contraction in almost a decade.

However, oil production cuts from OPEC members and Russia, as well as reduced exports from Iran and Venezuela because of US sanctions, have continued to support crude prices.

Harry Tchilinguirian, of BNP Paribas, said the market had some bearish data, with a rise in Saudi Arabian oil exports while Russia’s crude output moved above its quota under an OPEC+ agreement and Russian state oil major Rosneft (ROSN.MM) helped to ship Venezuelan oil to China and India.

OPEC, Russia and other producers have, since 1 January, implemented a deal to cut output by 1.2 million barrels per day. The alliance, known as OPEC+, renewed the pact in July, extending the curbs to March 2020 to avoid a build-up of inventories that could hit prices.