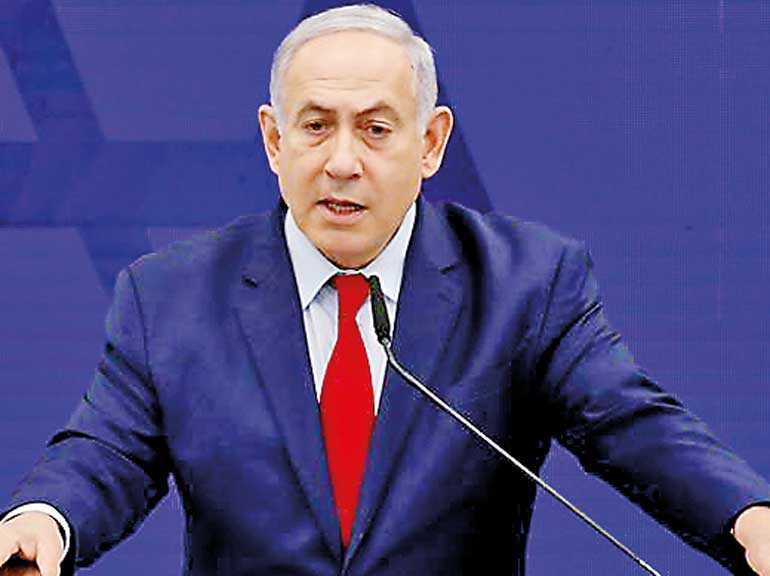 JERUSALEM (Reuters): Israeli Prime Minister Benjamin Netanyahu announced his intention on Tuesday to annex the Jordan Valley, a large swathe of the occupied West Bank, if he wins next week’s election in a closely contested race.

Israeli political commentators saw Netanyahu’s declaration, in a speech broadcast live on Israel’s main TV channels, as a bid to siphon support away from far-right rivals who have long advocated annexation of Jewish settlements in the West Bank.

“Today, I announce my intention, after the establishment of a new government, to apply Israeli sovereignty to the Jordan Valley and the northern Dead Sea,” Netanyahu said in a speech broadcast live on Israeli TV channels, calling the area “Israel’s eastern border”.

That step, he said, could be taken “immediately after the election if I receive a clear mandate to do so from you, the citizens of Israel”.

Around 65,000 Palestinians and 11,000 Israeli settlers live in the Jordan Valley and northern Dead Sea area, according to the Israeli human rights group B’Tselem. The main Palestinian city is Jericho, with around 28 villages and smaller Bedouin communities.

Fighting for his political life after an inconclusive election in April, Netanyahu also reaffirmed a pledge to annex all of the settlements Israel has established in the territory. But he said that broader step could take longer and required “maximum coordination” with Washington.

“Out of respect for President Trump and great faith in our friendship, I will await applying sovereignty until release of the president’s political plan,” he said, referring to a long-awaited blueprint from Washington for Israeli-Palestinian peace.

The US plan, Netanyahu reiterated, would likely be presented very soon after Israel goes to the polls on Sept. 17. Netanyahu, head of the right-wing Likud party and in office for the past decade, failed to form a governing coalition following a national ballot in April.