Hammond to quit over no-deal Brexit if Johnson becomes PM 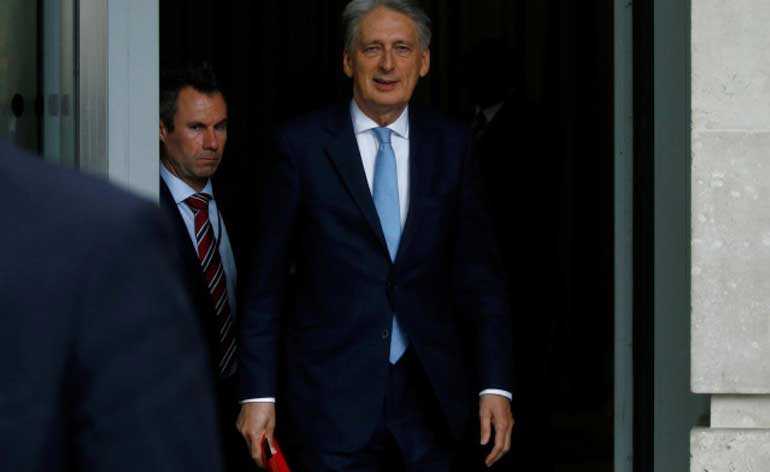 LONDON (Reuters): British Finance Minister Philip Hammond said on Sunday he would resign if Boris Johnson became Prime Minister because he felt unable to support a leader happy to take the country out of the European Union without a deal.

Hammond’s decision underlines the strength of feeling in Parliament against a no-deal Brexit, which some lawmakers and many businesses say would be catastrophic for the economy.

A loyal Conservative who has served in a number of ministerial roles, Hammond is an unlikely rebel. He said his fears over a no deal forced him to vote against the Government for the first time in his 22-year political career last week.

Britain’s new Prime Minister is tipped to be former London Mayor Johnson, who has promised to leave the EU “do or die” by an 31 Oct. deadline. That leaves him facing a tricky Brexit challenge from the moment he would take office on Wednesday.

Johnson has said he would ramp up preparations for a no deal to try to force the EU’s negotiators to make changes to the agreement that Prime Minister Theresa May sealed with Brussels and UK lawmakers voted down three times.

But parliamentary opposition to a no deal is growing and the EU is refusing to budge over that withdrawal agreement.

“I am sure I am not going to be sacked because I am going to resign before we get to that point,” Hammond told the BBC’s Andrew Marr Show, adding he would resign to May before she tendered her own resignation to the Queen on Wednesday.

“Assuming that Boris Johnson becomes Prime Minister, I understand that his conditions for serving in his government would include accepting a no-deal (EU) exit on the 31st of October. That is not something I could ever sign up to.”

Johnson has said his most senior ministers “would have to be reconciled” with the possibility of a no-deal Brexit on 31 Oct., a departure he does not want to see happen, but one he says must be planned for to try to increase pressure on the EU.

That stance means several more ministers who want to leave with a deal may seek to quit before facing the prospect of being sacked by Johnson.

Justice Minister David Gauke has indicated he will also step down on Wednesday, and some lawmakers say they expect more pro-EU Conservatives to leave their positions to hold talks in Parliament to find a way to prevent a no deal.