PARIS (Reuters): France’s Foreign Minister said yesterday that as things stand, the EU would not grant Britain an extension beyond 31 October to negotiate its exit from the bloc. 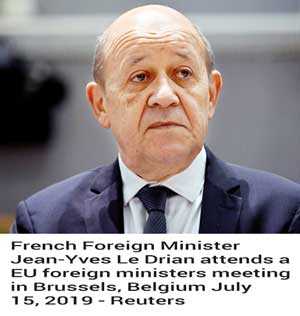 Asked if an extension beyond 31 October was possible, Le Drian said not under current conditions. “We are not going to do

(extend) this every three months,” he said.