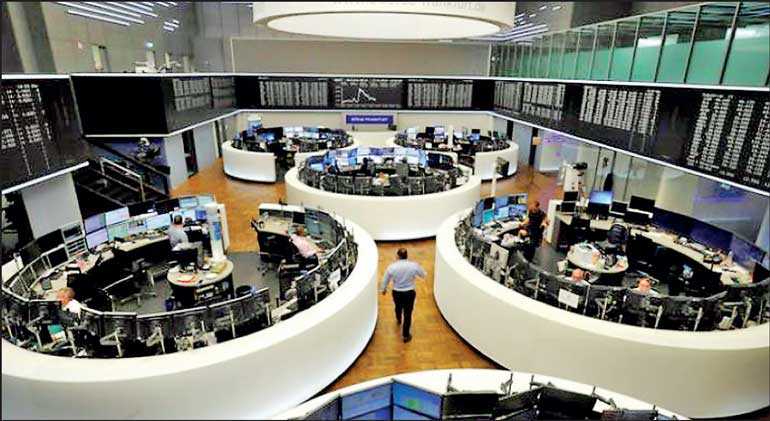 European equities opened a touch lower .FTSE .GDAXI, while US stock futures were down marginally.

Trading was light with US markets closed for the Martin Luther King Jr. holiday. Still, the week was expected to bring plenty of direction given Central Bank meetings, earnings, closely-watched business activity data and the annual meeting of the World Economic Forum in Davos.

While investors took some money off the table yesterday, sentiment was supported by signs that the economic outlook has improved, aided by an easing of trade tensions between the United States and China - the world’s two biggest economies.

“The feel-good factor appears to be driven by a number of factors including better than expected economic data, as well as the dialling back of trade tensions between the US and China as the low-hanging fruit of a phase one trade deal was being signed off,” said Michael Hewson, Chief Market Analyst at CMC Markets.

“If you also toss into the mix some better than expected earnings reports from US banks and other multinationals, it makes a heady cocktail of optimism on which to push stock markets higher.”

MSCI’s s all-country index .MIWD00000PUS is up almost 2.5% for the first three weeks of the year and was holding near record highs yesterday along with Wall Street and European benchmark equity indices.

In Asia, the MSCI’s broadest index of Asia-Pacific shares outside Japan .MIAPJ0000PUS was flat having risen to its highest since June 2018. Japan’s Nikkei .N225 added 0.2% to be near its highest in 15 months.

US corporate earnings this week include Netflix (NFLX.O), Intel Corp (INTC.O) and Texas Instruments (TXN.O), while the European Central Bank, Bank of Canada and Bank of Japan hold policy meetings.

“In 2020 we don’t expect the pace of growth to slow as much as it did last year,” said Mark Haefele, chief investment officer at UBS Global Wealth Management.

“Accommodative policy and the reduction of downside risk following the signing of the Phase 1 US-China trade deal will help support the economy and risk assets.”

Oil prices rose to their highest in more than a week after two large crude production bases in Libya began shutting down after forces loyal to Commander Khalifa Haftar closed a pipeline.

In currency markets, a string of mostly solid US data helped underpin the dollar.

Figures on Friday showed US homebuilding surged to a 13-year high in December and a gauge of manufacturing activity rebounded to its highest in eight months.

The euro was stuck at $ 1.1093, while sterling was roughly a quarter of a percent weaker against the euro and dollar. A string of poor British economic news has fanned speculation about a cut in interest rates soon, weighing on sterling.

Elsewhere, gold was a tad firmer at around $ 1,560 per ounce, having hit a seven-year high earlier this month at the height of Iran-US tensions.