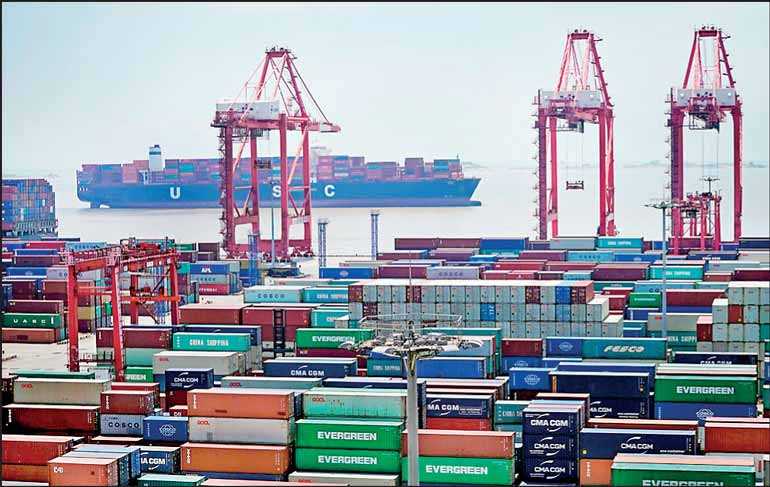 BEIJING (Reuters): China said on Thursday it hopes the United States will stop its wrong tariff action, adding that any new tariffs would lead to escalation.

The United States said early this month it would slap duties on $300 billion of Chinese goods from 1 September, which would effectively extend its tariffs to all of China’s exports to the United States.

But President Donald Trump later backed off part of the plan, delaying duties on some items such as cellphones, laptops and other consumer goods to mid-December, in the hopes of blunting their impact on US holiday sales.

“Despite the US decision to delay tariffs on some Chinese goods .... if the United States rides roughshod over China’s opposition and impose any new tariffs, China will be forced to adopt retaliatory actions”, Ministry of Commerce spokesman Gao Feng told a news briefing.

Gao said trade teams from both sides have been keeping in touch, when asked whether the Chinese vice Premier Liu He would travel to Washington for the next round of face-to-face talks.

When asked if Washington has raised the Hong Kong issue with China during the trade negotiations, Gao referred to Trump’s previous remarks that Hong Kong is part of China and it is not necessary for the US to intervene. “I hope US side can stick to its words,” said Gao.

President Donald Trump over the weekend warned against a crackdown in Hong Kong like Beijing’s suppression of pro-democracy protests in Tiananmen Square in 1989, which would make reaching a deal he has been seeking to end a trade war with China “very hard”.