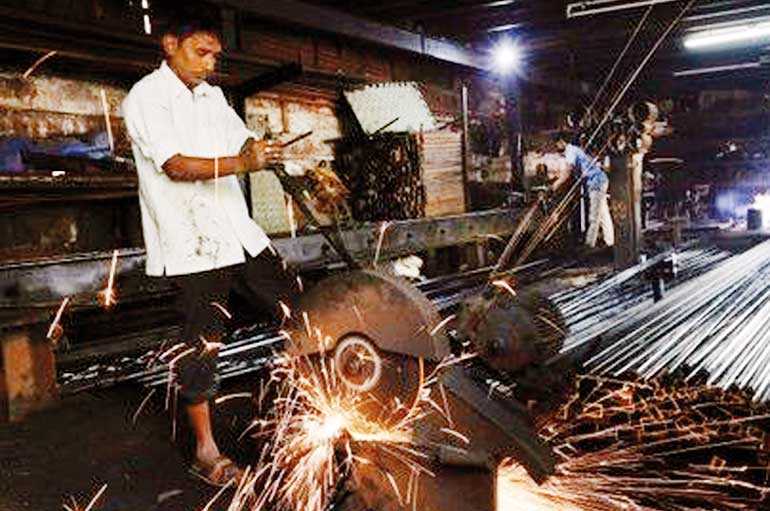 Workers make pipes used for drilling, at a factory in an industrial area in Mumbai, 29 January 2018 – Reuters

NEW DELHI (Reuters): The Australia and New Zealand Banking Group (ANZ) slashed its forecast for India’s economic growth to 6.2% in the financial year ending next March from a previous estimate of 6.5%, warning it would be tough for authorities to engineer a turnaround.

The bank’s estimate of gross domestic product (GDP) growth is now well below the expectations of other banks, and a long way from the Reserve Bank of India’s (RBI) forecast of 6.9% forecast, which itself was cut from 7% this month.

The forecasts all badly lag the Government’s longer-term target of getting the economy humming at rates above 8%.

India’s quarterly GDP growth slowed to a five-year low of 5.8% in January-March as a result of sluggish domestic and global demand and little growth in private investment. Finance Minister Nirmala Sitharaman last week held several meetings with industry leaders, who have called for stimulus measures, including tax rebates, to support consumer demand and private investment.

In a sign of how much demand has been hit, industry figures released this week showed that sales of passenger vehicles to car dealers plunged 30.9% in July from a year earlier, the ninth straight month of declines and the biggest drop since December 2000.

“It is difficult to see a turnaround in the foreseeable future as the economy is beset by multiple constraints,” ANZ said in its note which also downgraded its forecast for the year to March 2021 to 6.5% from 7.1%.

It said sales of cars and consumer durables, as well as passenger air traffic, have shown declining trends, along with investment indicators, such as steel and cement production. It also said exports were weakening because of what it called an overvalued rupee currency.

Sanjay Mathur, chief economist for Southeast Asia and India at ANZ, said the RBI, the nation’s Central Bank, has been unable to get commercial banks to cut interest rates enough to provide much economic stimulus.

The RBI has cut its benchmark repo rate by 110 basis points this year, but major banks have only cut their rates by 40 basis points on average. This is because they are keen to protect margins as they work through high levels of bad loans, estimated at nearly $ 150 billion.

“The fiscal and monetary stimulus will help revive economic growth but it may take a much longer period to boost growth, as there is a time lag between the policy measures and response,” Mathur said.

Separately, credit rating agency Fitch projected a growth forecast of 6.8% for the current fiscal year, but said the RBI’s rate cuts were insufficient for “lifting the Indian economy”.