With an eye on the target of reaching $ 8.5 billion worth of clothing exports per annum by 2020, Sri Lanka’s apparel manufacturers are backing a national bid to regain preferential trade concessions from the EU.

Sri Lanka has carved a niche as an international centre for clothing manufacturing despite tough regional competition, with the high-value segment performing particularly well.

However, a decision in 2010 by the European Commission to temporarily revoke the low or non-existent tariffs awarded to the country under the Generalised System of Preferences Plus (GSP+) scheme has inhibited more robust sector growth in the intervening years.

Sri Lanka lost its GSP+ concessions following an investigation into alleged human rights abuses at the end of the country’s civil war, though it retains access to the standard GSP scheme, which grants some, albeit fewer, preferential import tariffs. 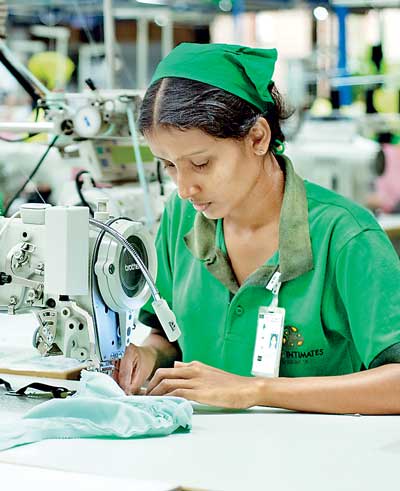 In pursuit of GSP+

With a new reform-oriented administration elected early this year, the GSP+ scheme is firmly back on the agenda, and the government has signalled its resolve to push for reinstatement.

“By the end of December 2015, we will be formally reapplying for the GSP+,” Deputy Minister of Foreign Affairs Harsha de Silva told local media in early November. “It is extremely critical that it be reinstated.”

The EU is a key trading partner for Sri Lanka, accounting for nearly 40% the country’s clothing exports.

According to Tuli Cooray, secretary general of the industry’s largest representative body, the Joint Apparel Association Forum, exports to the EU rose from $ 1 billion in 2005, when GSP+ was granted, to $ 1.7 billion in 2010.

Although growth has continued in spite of Sri Lanka’s reclassification, with exports rising to $ 2 billion last year, industry players argue that duties have held back progress towards the $ 8.5 billion-per-annum export target.

“What we saw was an annual growth rate of 13-14% in exports to the EU between 2005 and 2010, which has since slipped to about 7% per annum,” Cooray told OBG. “According to our estimates, the suspension costs the industry roughly $ 350 million-400 million each year.”

Ranil Pathirana, a director at apparel manufacturer Hirdaramani Group, also advocates for the restoration of GSP+. “This would help support existing producers and revive a number of production facilities where operations were scaled back after the withdrawal of the scheme,” he told OBG.

For its part, the EU has signalled an eventual willingness to revisit Sri Lanka’s status. In its most recent statement on the issue, released in mid-November, the European Council said it ‘takes positive note of the progress recently achieved’ and called on ‘the High Representative and the European Commission to continue to engage with Sri Lanka to support its efforts to lay the groundwork for a renewed application for GSP+’.

The scheme’s reintroduction would be especially timely, in light of the prospect of increased regional competition.

Under the Trans-Pacific Partnership (TPP) deal agreed in early October, several Asian countries – including Vietnam, Malaysia and Indonesia – will be given preferential access to textiles in the US market, which is Sri Lanka’s second-largest destination for apparel exports. Additionally, Vietnam’s ongoing negotiations for a free-trade agreement with the EU could exacerbate competitive pressures.

Sri Lankan manufacturers already face competition from neighbouring Pakistan, which enjoys GSP+ status, and Bangladesh, which benefits from similarly favourable duty concessions and has one of the lowest costs of labour in the world.

This has prompted a shift towards niche product lines with more added value – a strategy that appears to be paying off.

While several studies have found a decline in the price of apparel worldwide following the liberalisation of the garment trade, Sri Lanka has bucked global trends by recording an increase in export unit value, according to data issued by the Central Bank of Sri Lanka.

Manufacturers, including MAS Holdings, Brandix, and Hirdaramani Group, have established themselves as suppliers of specialised products, such as up-market casualwear and women’s lingerie, to major retailers like Nike, Victoria’s Secret, Marks & Spencer and Gap.

Where lead times were six months a few years ago, they are now six weeks. This makes supply chains much more compressed, and hence the challenge to be nimble.”

Here, industry players also expect Sri Lanka to gain an advantage, thanks to its history of fulfilling orders to deadline for international brands and sourcing agents.

However, finding employees to work in the industry remains a key challenge, with factories in the Western Province already feeling the pressure of labour shortages.

Many producers have already begun moving their operations to the north and east of the country where labour is more widely available, though this strategy is accompanied by other challenges in terms of infrastructure.

According to Sid Hirdaramani, a director at Hirdaramani Group, the advantages of looking for labour elsewhere are being offset in part by a lack of available transportation infrastructure and other local services. “In the future we may have to look at further automation in order to reduce our reliance on mass labour,” he told OBG.