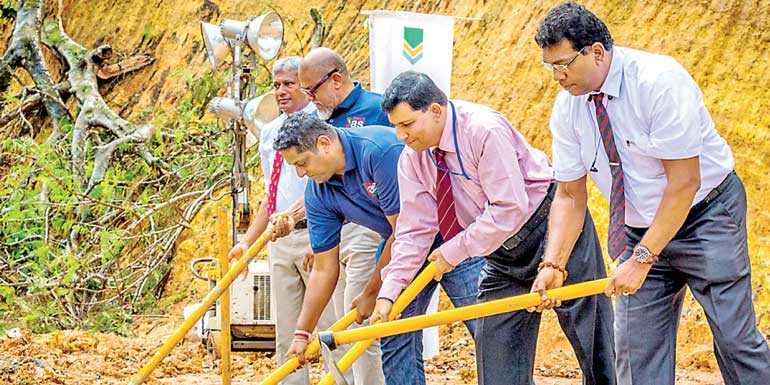 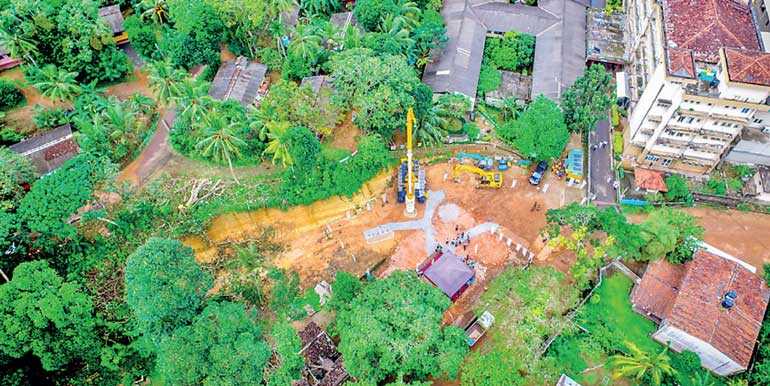 In 2011, Nathan Sivagananathan and Sarinda Unamboowe set out to transform the lives of cancer patients by bringing together the people of Sri Lanka to aid and honour them. The ethnic conflict spanning nearly three decades had left the northern territory with little room for economic or social development and made the 400km journey to the country’s only cancer hospital in Maharagama, Colombo, even more challenging, as patients had to travel by both sea and land to circumvent land blocks and danger zones. This resulted in many patients choosing to remain untreated, unwilling to make the arduous journey across the country.

The idea to walk across the country was initially developed by Sarinda Unamboowe, committing to walk from the north to the south of the country upon the cessation of the civil war. Nathan Sivagananathan, who had suffered a personal loss to cancer, decided to develop the idea into a journey of “hope” and “reconciliation” for a united Sri Lanka, while strengthening the nation’s fight against cancer. Thus at the cessation of the war, Trail, an initiative of the Colours of Courage Trust, was co-founded in 2011 with the aim of raising $1 million to build a specialised cancer treatment centre in the north.

‘Trail 2011’, the largest crowd-funding initiative in the country at the time, was successful in amassing over 30,000 Sri Lankans to walk the 670km path from Dondra Head to Point Pedro and raised an unprecedented $2.6 million to construct the Tellippalai Trail Cancer Hospital. In January 2014, Trail opened the doors of the Tellippalai Trail Cancer Hospital in Jaffna, bringing forth a new era of cancer treatment in the previously war-torn north. As of today, the hospital has provided an array of treatments and facilities to over 10,000 patients, creating equal access to treatment and changing the lives of many.

Following the success of Trail 2011, Trail 2016 – The Walk Back, was held from the 6 October till 2 November, this time in reverse, tackling the 670km course from Point Pedro to Dondra Head over 28 days to raise $5 million to provide some much-needed relief to the Cancer Unit at Galle’s Karapitiya Teaching Hospital with a state-of-the-art Karapitiya Trail Cancer Hospital. The proposed hospital extension is a collaborative effort between Colours of Courage Trust and Ministry of Health, Nutrition and Indigenous Medicine, pledged to match the contribution by Trail dollar for dollar.

Trail was driven by the earnest participation and generous contributions by multitudes and saw communities across Sri Lanka coalesce in the fight against cancer. Trail 2016 achieved its goal of solidarity with over 75,000 people joining the walk, over 250,000 donors contributing and receiving the enthusiastic support of over 2.5 million people along the course to raise nearly Rs. 50 million en-route.

The proposed Karapitiya Trail Cancer Hospital, designed as an auxiliary unit to the existing Cancer Unit at the Karapitiya Teaching Hospital, is a 10-storey cancer treatment facility complete with Radiology and Chemotherapy units, five floors of Oncology wards, Paediatric Ward, Bone Marrow Transplant Unit, out-patient clinic and pharmacy, ICU and Operating Theatre along with an auditorium for conference facilities with a seating capacity of over 150.

Since the conclusion of the walk in 2016, Trail has continued its fundraising efforts whilst proceeding to commence construction as outlined below.

Trail commencemed construction of the proposed Karapitiya Trail Cancer Hospital on 25 November at 10.18 a.m at the designated land. The ceremony was graced by the Board of Directors of Colours of Courage Trust, supporters of the Trail initiative, staff from Ministry of Health and National Health Development Fund and blessed by religious heads of the four faiths.

For more information on Trail and the Colours of Courage Trust please visit www.trailsl.com and www.coloursofcourage.org.