Healthcare in the 4IR

The healthcare systems of many countries face considerable challenges in dealing with demographic transformations and catering to the consequent emerging healthcare needs. To maintain the healthiness of populations and cure patients more effectively, solutions can be sought from those services beyond traditional healthcare services.

To date, health is one of the core sectors which has been directly impacted by the radical technological shifts taking place in the contemporary world. There are two major benefits that 4IR brings into the healthcare sector through technology. One is to prevent the disease itself (preventive care) and the other is to more efficiently manage the disease once it occurs (curative care). Both are directly related to cost savings and provide ‘value-based’ care.

Healthcare is also expected to benefit considerably from this technological transformation through a progression towards more personalised and precise delivery of services. As such, healthcare in 4IR undoubtedly improves health outcomes and extends lifespans in the digital era. This section discusses the key drivers in healthcare in the 4IR. 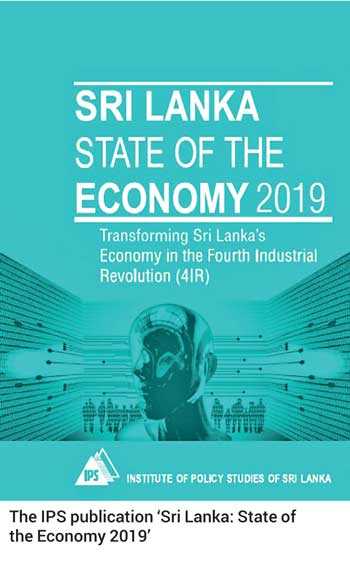 According to Sri Lanka’s health statistics, more than half of medical specialists in the curative sector are to be found in the Colombo, Gampaha, Kandy and Galle districts. As such, it is a common phenomenon to find patients who are in need of medical assistance in remote areas being unable to reach the respective professionals due to several reasons such as spiralling expenses, unavailability of specialised doctors or surgeons and difficulties in contacting medical specialists. This is one such area where Information and Communication Technology (ICT) can play a major role in a country’s healthcare services. Through advancements in e-health across the country, patient-centric medical services can be facilitated to avoid or minimise such consequences.

An ageing population and rising demand for long-term care: As per the 2012 population census, Sri Lanka’s share of the population over 60 years old was 12.4%. Similar estimates by the United Nations (UN) population projections show a rapid ageing of the population with the share of population over 60 years old forecast to reach 28.8% in 2050, which exceeds the average of that of many regions and countries in the world. Furthermore, the 2012 census reveals that 19% of people aged 60 and above have mobility difficulties, while 14% of elders of the same age bracket cannot personally manage their day-to-day self-care. These changes will result in a rapid increase in the number of dependents who need long-term care.

Battling growing NCDs: NCDs are widespread among elders. As such, a rising elderly population will contribute to an increase in the proportion of elderly with NCDs. For instance, the Demographic and Health Survey (DHS) 2016 carried out by the DCS reveals that heart disease, high blood pressure diabetes and wheezing or asthma are mostly common among senior citizens. Further, Sri Lanka’s health statistics reveal that nearly 50% of total Government hospital deaths are caused due to major NCDs such as cardiovascular disease, cancer, chronic respiratory diseases and diabetes mellitus.

According to the same source, heart disease has been the leading cause of hospital deaths for more than a decade. To overcome such situations, strengthening the health system for early detection and management of NCDs and its risk factors is very important. Thus, the promotion of an active healthy ageing concept, focusing more on the control of modifiable risk factors to prevent NCDs and early diagnosis through screening tests, is important.

Gaps and challenges for digital health

Although the number of digital health initiatives continues to grow in the developing world, digital health is still in its infancy. This is due to several reasons, including limited funding for healthcare, the low scale of private sector healthcare provision, limited ICT infrastructure, etc.

Many pilot tests have not been followed by full-scale implementation due to a lack of sustainable financing, limited private sector participation and an unwillingness to pay, as a majority of people in developing countries have low disposable incomes to self-finance their healthcare expenditure. This limits the usefulness and long-term scalability of current efforts and investments in digital health.

In most of these projects, the initial investment is quite high and thereby constrains the involvement of the local private sector. Further, some digital health solutions are ruled out as these do not carry a viable business model.

In a developing country such as Sri Lanka, the transfer of technology among the general public takes place at a slow pace, due to resource restrictions, lack of funds and proper infrastructure, and due to patients’ low level of knowledge.

Considering the required basic setup for digital healthcare services, multinational technology companies such as IBM and Microsoft can adopt the role of being holistic ICT and digital service partners for governments, health providers and health tech companies. Furthermore, commercial tech players can team up with governments on existing national policy, priorities and procurement initiatives, including an e-governance strategy and investment recommendations.

In addition, collaboration among digital health stakeholders is key, as individual companies do not have the whole set of required capabilities - i.e. in health, ICT, marketing strategies and resources – to raise funding, develop ICT infrastructure and handle distribution. To overcome these issues, some countries are in the process of developing national strategies that align digital health initiatives with ICT infrastructure and broadband plans.

Further, given the emerging healthcare needs and unequal distribution of resources, an appropriate e-health strategy can enhance access to quality and viable healthcare. Therefore, measures should be taken to solve the identified problems of proposed e-health solutions in order to move from a proof-of-concept of a proposed solution to large-scale implementation in the appropriate setting.