Trading rubber for over 100 years

I cannot recall when we first leant that tea, rubber and coconut, in that order, were the main exports from Sri Lanka. Repeatedly we learnt in class about these products earning foreign exchange for the country. In recent years the picture has changed with other exports coming on the scene. Still while tea occupies the first place, rubber has dropped to third place where export earnings are concerned.

The Founder Chairman was J. Lochore of Carson & Co. Ltd., who was supported by a committee comprising buyers and sellers. Later the brokers were invited to join the Association and to nominate a representative to serve on the committee. 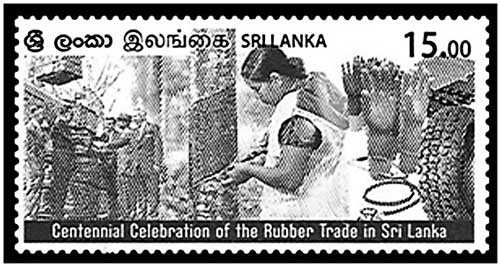 Being the era of British rule with Europeans dominating the plantations as well as the commercial scene, there was excusive representation in the committee. It took almost three decades for the first Ceylonese to be elected to the committee. He was S.L.T. de Silva of C W Mackie & Co. Ltd., representing the buyers.

The CRTA’s centenary has been marked with the issue of a stamp by the Philatelic Bureau.

Tracing the history and progress of the CRTA, the Stamp Bulletin states that over the years, the CRTA performed, and continues to perform, manifold noteworthy functions on behalf of the rubber industry, taking the lead in numerous initiatives that have enhanced value addition, ethical practices, environmental considerations and sustainability.

The history of the rubber industry in Ceylon, as Sri Lanka was then known, dates back to 1876, when the first rubber seedlings were planted at the Henaratgoda (Gampaha) Botanical Gardens. The first tree is no longer there – it had been destroyed during the 1988 cyclone.

The name board where the first tree was reads:

Destroyed due to cyclone in 1988

The Planter’s Association, in a note on the rubber industry states: 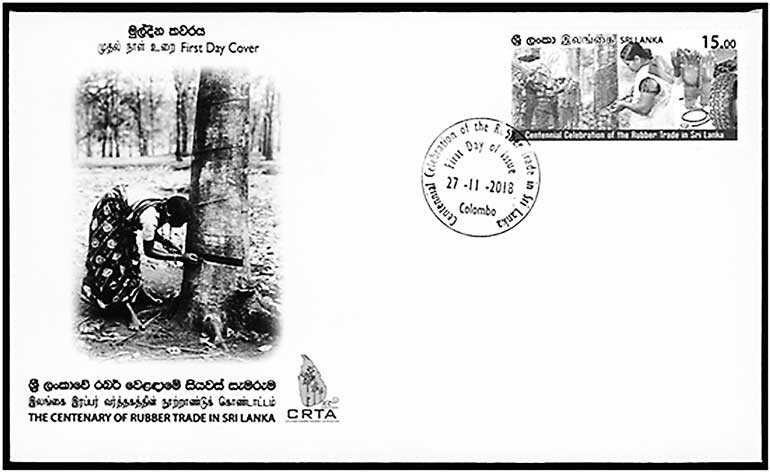 During the period of transition from coffee to tea, experiments in a new product, rubber, were being carried out. These experiments proved that various types of rubber yielding trees would flourish in Sri Lanka. However, the industry can be said to have had its birth in 1876 when 1,919 plants of Hevea Braziliensis – the native rubber tree of the Amazon Valley – were received in good condition at the Heneratgoda Botanical Gardens from Kew. It is from these mother trees that the gigantic rubber plantation industry in the Eastern hemisphere sprang.

Of the trees planted at the Heneratgoda Botanical Gardens in 1876, the first one flowered in 1881, on which the first experiments in tapping were commenced.

The rubber plantation was thinned out in 1882 and from the 260 seedlings raised the following year and distributed in Sri Lanka, the first spread of commercial rubber planting began. The trees at Heneratgoda were thinned out periodically and by 1887 there were 457 good trees standing which provided the seed for further plantings.

In 1890 the Forest Department opened a plantation at Edangoda and by 1893 some 90,000 seeds were distributed for planting and similar numbers were sold in succeeding years.