My mother Padma De Alwis (1932-2018) was a liberated woman. She was one of the early lady drivers in the island in the late ’50s and the early ’60s. She loved driving her Peugeot 203 fast down High Level Road and Galle Road. Once she drove from Colombo to Galle in less than one-and-a-half hours, running late for one of her dance shows at the Sacred Heart Convent. I was witness, an amazed eight-year-old passenger. 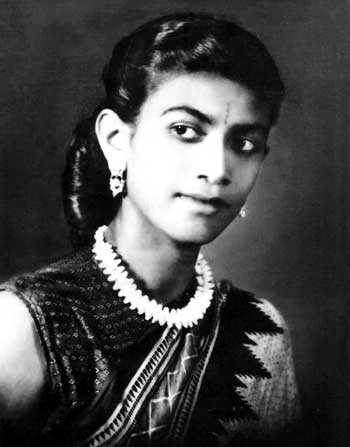 She was one of a small group of young women who learned the Kandyan dance from two famous Kandyan dancers, Lapaya and Suraba, at her Guru Chitrasena’s Dance Studio in Kollupitiya.

She starred as Damayanthi in the first production of Chirasena’s oriental ballet ‘Nala Damayanthi’. She gave up a promising career as a dancer in the Chitrasena Troupe to get married and have five children and to teach.

Her teaching spanned over four decades, mostly at Sacred Heart Convent in Galle and St. Mary’s Convent in Matara, her favourite schools.

She also taught at Dharmapala Vidyalaya, Pannipitiya, where she started teaching at the Teachers’ Training College, Maharagama, Buddhist Ladies’ College and Musaeus College in Colombo and Good Shepherd Convent, Kotahena.

She had a great empathy towards children with disabilities. The work she did with them at Supem Uyana and Dayamina will be remembered. She was the most popular of teachers with many instances of students becoming lifelong friends and admirers. A high point of her teaching career were:

Presenting a float depicting the Vihara Maha Devi by the students of the Sacred Heart Convent for the Independence Day Celebrations held in Galle in 1964.

Producing and directing the oriental ballet ‘Sanda Kinduri’ by the students of Sacred Heart Convent, which she brought to Colombo for several performances which were well received.

Training a troupe of student dancers drawn from convents around the island to perform at the Vatican for Pope John Paul II in 1992.

She loved her sarees and her handbags, both of which she had many, but being a dancer and teacher she was not very interested in footwear and enjoying being barefoot.

She was a wonderful human being and a great mother.

May she attain Nibbana.

Remembered with love and admiration.