Yesterday was a sombre day as Sri Lankans marked a week since the devastating Easter Sunday attacks that left 253 people dead and scores more injured. President Maithripala Sirisena, Prime Minister Ranil Wickremesinghe and Opposition Leader Mahinda Rajapaksa participated in the televised mass conducted by Malcolm Cardinal Ranjith and also offered flowers at the Kochchikade Church. People flocked to churches around the country to pray for those who had lost their lives in the attacks and hoped for Sri Lanka to heal from the tragedy – Pix by Chamila Karunaratne, Jayamal Chandrasiri, President’s Media and Reuters 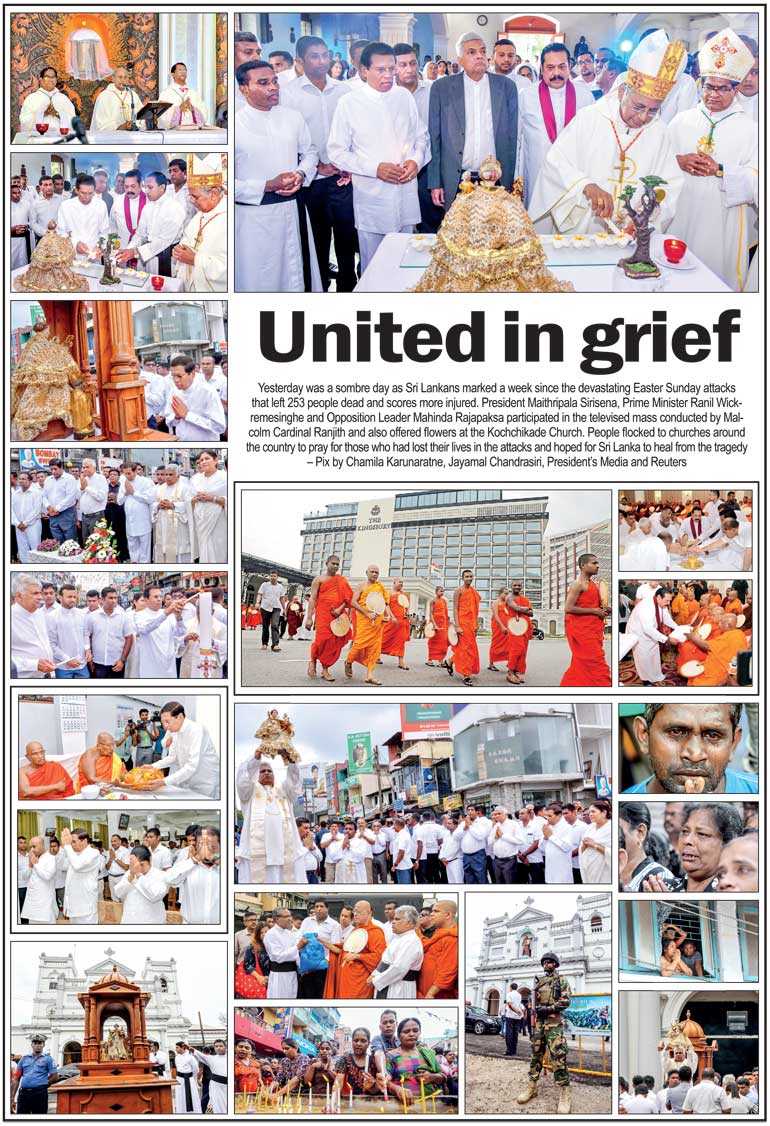