Some mosques across the island were closed yesterday while others held subdued prayers in the aftermath of the Easter Sunday attacks, with several displaying messages of condolence for the victims. Police protection was in place at mosques in light of the tense security situation, as seen here at the Jami Ul-Alfar Mosque (Red Mosque) in Pettah and Dawatagaha Jumma Masjid Mosque in Colombo 7. The latter usually attracts around 700 worshippers for Friday prayers, but only around 100 prayed there last afternoon – Pix by Daminda Harsha Perera and Lasantha Kumara 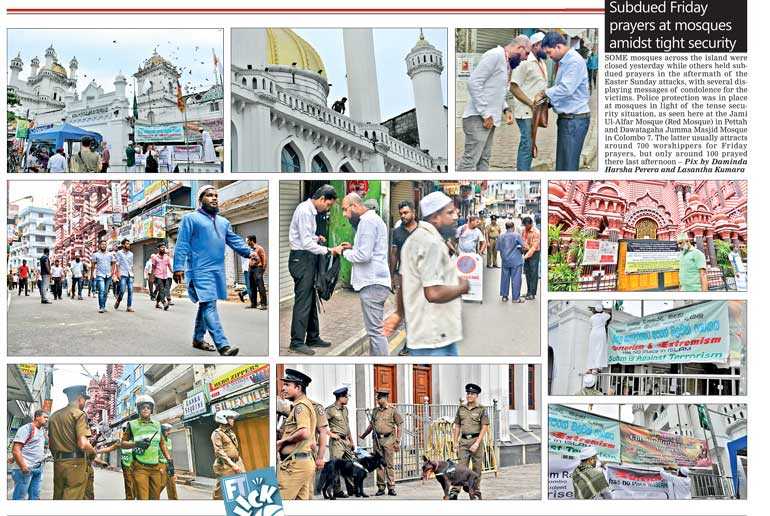