Rise up for solidarity

The Sri Lanka Muslim Civil Society on Saturday organised a ceremony titled ‘Rise up for solidarity. Humanity beyond religion’ at the Independence Square to commemorate the loss of precious lives in the extremist terror attacks on Easter Sunday in Sri Lanka.

The key message highlighted via the event is “to rise, resist and unite against terrorism” which has no religion. A large number of Muslims as well as non-Muslims attended the event in solidarity. They lit candles and placed roses as marks of commemoration. 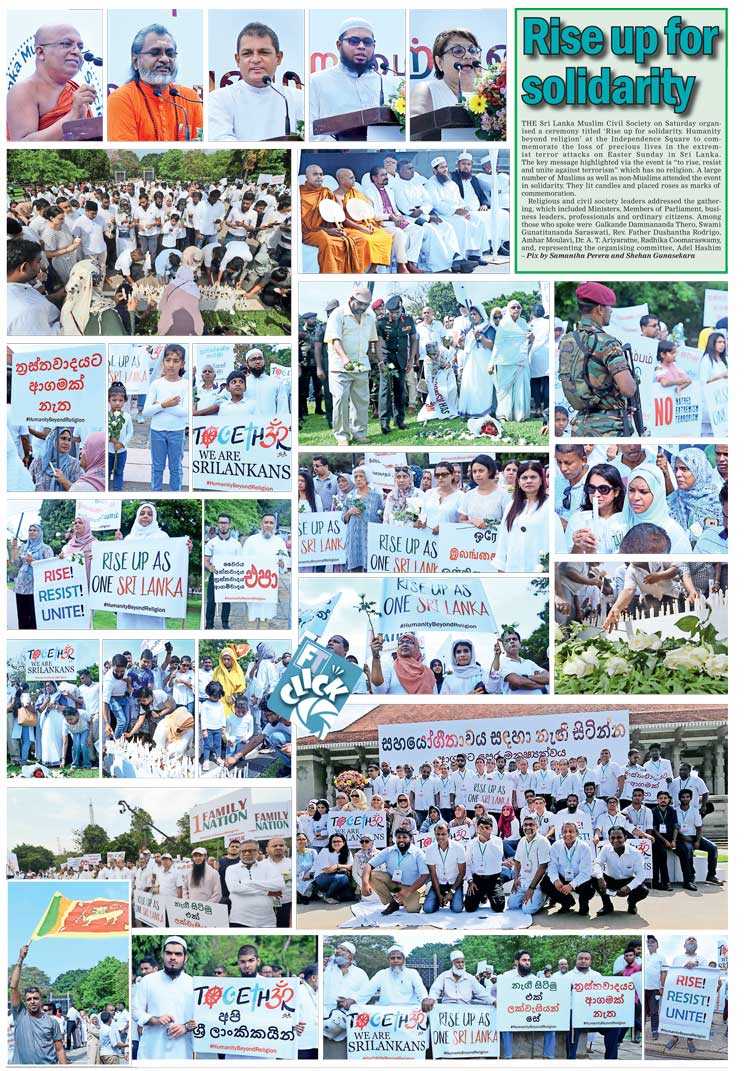