The Chartered Institute of Logistics and Transport (CILT) Sri Lanka held its 35th Annual General Meeting (AGM) on 29 March at the Victorian of Kingsbury Hotel attended by a gathering of members. Gayani De Alwis CMILT was re-elected uncontested as the Chairperson of CILT. The three Vice Chairpersons re-elected were Dr. Namalie Sirisoma CMILT, Channaka de Alwis CMILT and Gihan Jayasinghe CMILT. Chaminda Perera CMILT was elected as the General Secretary and Upali Gunawardena FCILT was re-elected as the Treasurer – Pix by Sameera Wijesinghe 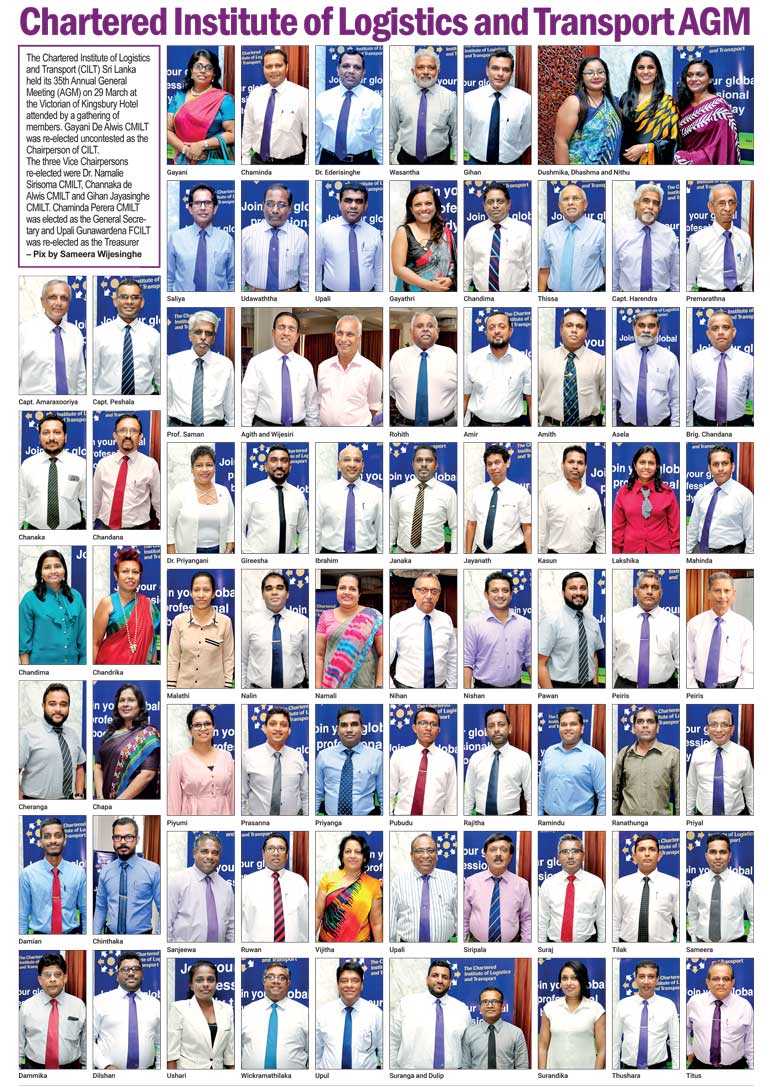