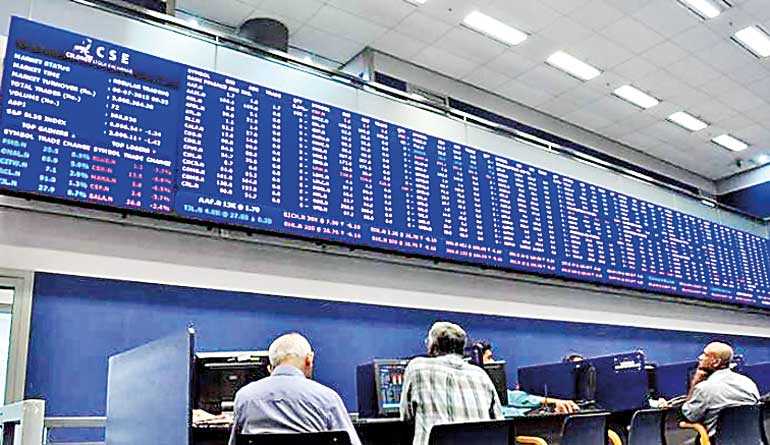 Reuters: Shares snapped a five-day rally to end a tad weaker on Friday, slipping from a near six-week high hit in the last session, as foreign fund outflows from equities continued, while the rupee fell on persistent dollar demand from importers.

The Central Bank cut its key interest rates on 31 May to support a faltering economy as overall business and consumer confidence slumped following deadly bomb attacks in April.  Sri Lanka is unlikely to hit its full-year economic growth target of 3-4% following the bombings, Junior Finance Minister Eran Wickramaratne told Reuters last month. A Reuters poll has forecast growth to slump to its lowest in nearly two decades this year.

The Government’s pension fund has resumed investing in risky assets as the stock market is “extremely undervalued at the moment and is considered a good time to go in”, the Central Bank Governor said last month at its monetary policy meet.

Friday’s stock market turnover was Rs. 1.14 billion ($6.45 million), more than twice this year’s daily average of about Rs. 530.3 million. Last year’s daily average was Rs. 834 million. Foreign investors sold a net Rs. 61.4 million worth of shares on Friday extending the net foreign outflow for the past five days to Rs. 388.4 million. The year-to-date net foreign outflow was at Rs. 5.91 billion.

The rupee ended at 176.70/90 per dollar, compared with Thursday’s close of 176.60/70, market sources said. Analysts expect the rupee to weaken further as money flows out of stocks and Government securities.

The rupee fell 0.14% for the week but is up 3.34% for the year. Exporters had converted dollars as investors’ confidence stabilised after a $ 1 billion sovereign bond was repaid in mid-January. The rupee dropped 16% in 2018 and was one of the worst-performing currencies in Asia.

Foreign investors bought a net Rs. 311 million worth of Government securities in the week ended 12 June, but the island nation’s net foreign outflow was at Rs. 21.6 billion so far this year, Central Bank data showed.