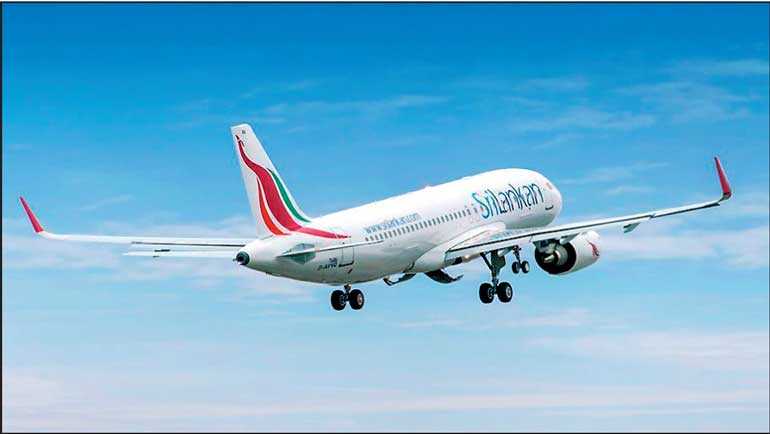 SriLankan Airlines has made significant progress in its efforts to become a sophisticated customer-centric airline intent on achieving financial success, by implementing a wide-ranging Turnaround Plan under the leadership of its Board of Directors with the unstinted support of its employees across all divisions.

Following the appointment of a new Board of Directors in April 2018, the majority on an honorary unrecompensed basis, SriLankan began implementing a wide range of initiatives to curtail losses and improve the customer experience, despite many challenges including the impact on tourist arrivals from the Easter Sunday attacks, volatile fuel prices and depreciation of the rupee. The airline will expand its presence in the important Australian market by commencing operations to Sydney next year and further strengthen its position as the largest foreign carrier in India with the launch of services to Ahmedabad. SriLankan also intends to stretch its wings in Southeast Asia with a new service to Ho Chi Minh City (Saigon) in Vietnam, while plans to return to Frankfurt, Paris and other earlier destinations continue to be under consideration.

A considerable effort is being made throughout the organisation in order to provide the most pleasant and user-friendly experience in terms of both products and services, across all customer touchpoints.

These enhancements, supported by latest cutting edge technology, will focus on complementing traditional SriLankan hospitality while blending the comforts of contemporary air travel.

The onboard passenger experience is being greatly enhanced, including significant changes to the content and user-friendly aspects of the inflight entertainment system; revamping of the Business Class product and service; improved ranges of meals and beverages; and plans to introduce more comfortable seating in the Business Class cabins of the narrow-body fleet including the NEO aircraft serving the Far East.

Enhancements are being effected to the internet booking engine to provide a more customer-friendly experience. With the introduction of a Customer Relationship Management (CRM) tool, the airline will be able to enhance its offering to the frequent flyer members through FlySmiLes and provide greater rewards for its loyal customers.

One of the first steps that was firmly implemented by the new Board was the restructuring of the National Carrier’s Management Team, with proven experts in the aviation industry being inducted into key positions including those of Chief Executive Officer, Chief Technical Officer, Chief Financial Officer, Chief Commercial Officer, and Chief of Service Delivery.

With the full support of the staff, the Management Team rolled out multiple initiatives, introducing budgetary controls for all cost lines, inculcating a cost-conscious culture and driving financial acumen across the organisation. However, great care was taken to ensure that the cost optimising did not adversely impact the product and services enjoyed by customers.

This has resulted in the financial performance for the six months ended 30 September 2019 showing an upward trend by reducing losses by more than 50%, with a loss of $ 19 m before interest and withholding tax against a loss of $ 39 m for the same period in the previous year.

After interest and withholding tax, the half yearly group loss was $ 76 m, a $ 10 m improvement over the $ 86 m loss in the previous year.

This was achieved despite an overall decline in Group Revenue of $ 43 m, 70% of which was due to a drop in passenger and cargo revenue. The reduction in ground handling and catering revenue also impacted the shortfall, as other airlines reduced their operations following the Easter Sunday attacks. However, in the second half of the year, Group Revenue is projected to increase significantly with the enhancement in operations by SriLankan and customer airlines.

The decline in income was offset by the considerable reduction in operating expenditure amounting to $ 55 m due to the efforts of the staff of the entire organisation in cost saving initiatives to enhance productivity and reduce admin costs and wastage. The airline’s corporate offices in Colombo were relocated to existing space in Katunayake resulting in significant savings and enhancing operational efficiency. Negotiations with state banks to reduce interest rates are ongoing through the State Minister, and consultations continue with the major shareholder – the Ministry of Finance – to seek exemption on the imposition of withholding tax.

Savings in the area of engineering and maintenance for the aircraft fleet have been significant, and a cost reduction of $ 8 m was realised in 2018/19, with a further $ 23 m earmarked for 2019/2020. There has also been a noteworthy improvement in fuel performance of the NEO aircraft fleet.

An important revenue stream was re-established with SriLankan Engineering, the airline’s aircraft maintenance arm, regaining its Type-145 global certification from the European Aviation Safety Agency (EASA) and thus resuming third party maintenance services for customer airlines. This is projected to generate revenue of $ 1.1 m in 2019/20.

Over $ 2 m in savings were achieved through initiatives introduced pertaining to distribution cost by the Commercial team.

The company also focused strongly on the importance and user-friendliness of its online direct sales channel www.srilankan.com and succeeded in increasing its contribution to overall revenue up to 15% from the previous 11%.

A host of international accolades restored much pride to the National Carrier, including the global award for ‘Best Marketing Innovation’ from the Airline Passenger Experience Association (APEX), the prestigious ‘Asia’s Leading Airline to the Indian Ocean’ title for the third consecutive year at the World Travel Awards Asia & Oceania, and a coveted PATA Gold Award in the ‘Marketing-Carrier’ category.

SriLankan also secured an APEX Four-Star rating in the ‘major airlines’ category for the third consecutive year. Vigorous commitment to service quality and efficiency resulted in SriLankan being named the ‘World’s Most Punctual Airline’ twice during the last 12 months.

SriLankan Airlines in codeshare with Air India to serve Toronto