Restructuring the tertiary and vocational education sector in Sri Lanka 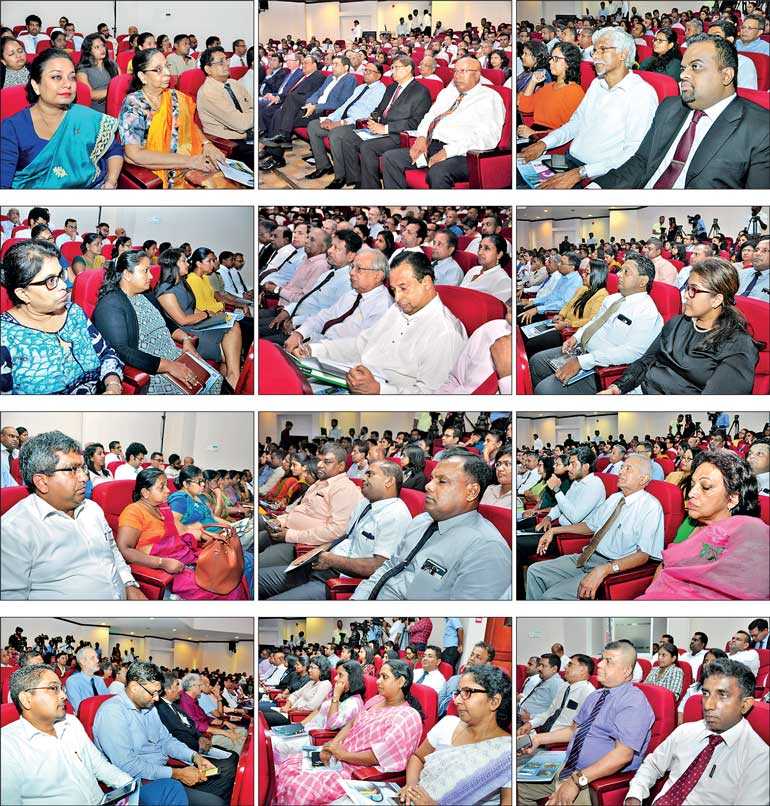 The National Human Resources Development Council of Sri Lanka (NHRDC) recently held a key forum dealing with the restructuring of the tertiary and vocational education sector.

The forum discussed the fundamental changes the vocational education sector in Sri Lanka requires for Sri Lanka to be competitive in a tight labour market characterised by low unemployment, relatively high underemployment, and a high proportion of employment in elementary occupations.

Business leader Dhammika Perera was the Chief Guest and High Commissioner for Canada in Sri Lanka David McKinnon was the Guest of Honour and the keynote speaker.

The forum also had a panel discussion involving Perera and McKinnon, as well as The Institute of Chartered Accountants of Sri Lanka President Jagath Perera and Chartered Institute of Personnel Management President Dhammika Fernando. It was moderated by ICC Sri Lanka Chairman Dinesh Weerakkody.

In his speech, McKinnon highlighted some of the success stories and best practices of how Canada managed to improve the tertiary and vocation education sector. He also recalled several initiatives which offered Canadian support to the Government of Sri Lanka in this regard.

Perera, in his presentation, said structural changes to Sri Lanka’s education system, including re-evaluation of the breakdown of education budget are crucial for the country’s journey towards becoming a high-income country.

Perera illustrated that Singapore has been successful in tackling early school dropouts by allocating a considerable stake in the education budget, around up to 25%, for social transfers as a tool to empower and incentivise students to continue their education.

As Sri Lanka struggles to get back on its earlier growth trajectory following its graduation to lower middle income status, Perera emphasised the need to focus on structural changes to the country’s education system in order to break away from the ‘middle-income trap’ to fuel the growth in order to become a high-income country.

According to him, prioritising Science, Technology, Engineering, and Mathematics (STEM) and English are most crucial structural changes for the country to produce relevant graduates to fuel economic growth.

“There are students who are weak in mathematics. In developed countries such as the United States, these students are being given double time slots to learn mathematics.

“We start to learn science in Sinhala from Grade 6, and then we have to study it when pursuing higher education. It’s a waste of time as the students have to learn all terms in Sinhala and again in English. Therefore, we need to make it in English from the very beginning,” Perera stressed.

He opined that that though many learn Tamil or Sinhala as a second language, a very few in fact utilise these language skills to communicate with ethnic Sinhalese or Tamils.

Perera proposed these time slots to be allocated to learn English, as English language skills are necessary in the current labour market to access most of job opportunities.

He noted that this move will particularly help Arts graduates to gain employment opportunities in the private sector.

Highlighting the need for a data-driven educational policy, Perera stressed vocational training centres in the country need to brand their respective courses in line with labour market requirements.

“There are 148 State-owned vocational training centres in the country and 160,000 students join these programs per annum. However, only 40,000 of them graduate. There is also no assurance on the securing a job after the graduation,” Perera stressed.

He suggested that one ministry should be responsible in managing higher educational institutions including vocational training centres based on labour market requirements of the different sectors of the economy.

He pointed out that some countries have established human resource development ministries tasked with managing labour requirements across all sectors of the economy.

Perera also backed a State-funded loan scheme to support students to pursue their higher education in private universities in the country.

“The government of Maldives provides their students access for educational loans worth around Rs.4 million, as they don’t have established universities. However, our students can earn a degree with an investment of little over Rs.1 million,” he pointed out.

Speaking on Sri Lanka’s potential to become an educational hub, Perera said Sri Lanka could attract leading global universities to set-up their campuses in the country which would enable the students from upper middle class families to study in Sri Lanka in ‘branded universities’.

He noted that Sri Lanka needs to develop a blueprint for education similar to Malaysia which now attracts over 200,000 foreign students annually to their universities.

Perera opined that majority of these initiatives wouldn’t require additional capital expenditure and can be implemented with mere structural reforms.