Private sector should be involved in deciding price controls: Harsha 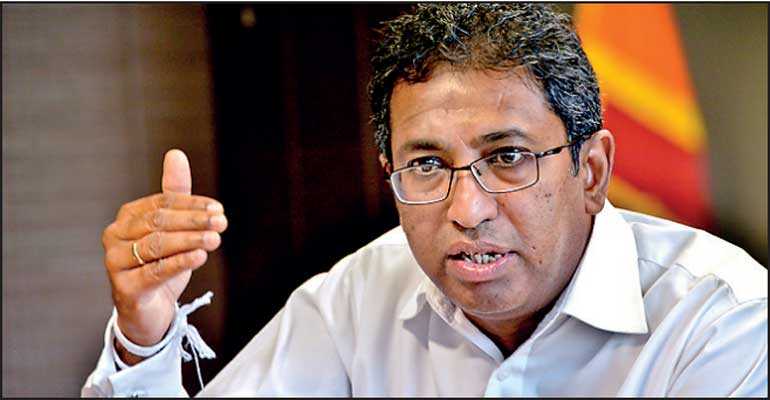 In an effort to improve data-based policy making,Non-Cabinet Minister of Economic Reforms and Public Distribution Dr. Harsha de Silva yesterday said an Analytics Unit has been established to act as the “brain of the Government”,to find solutions to deal with cost-of-living issues, beyond slapping arbitrary price controls.

Dr. de Silva, speaking to media, pointed out that the Government’s preferred method of dealing with high cost-of-living was to introduce price controls on random goods, without considering the market dynamics that were causing the problem and providing long-term solutions. In order to combat that, as the convener of the Government’s Cost-of-living Committee, he had looked at ways to intervene in the market, but with a more inclusive approach.

With that in mind, the Analytics Unit has been established to crunch data and come up with viable solutions, which will then be provided to political leaders in the future to be rubber-stamped, Dr. de Silva said.

Connected to that is finding better ways to impose price controls, with the Ministry working with the Consumer Affairs Authority (CAA), which decides prices on a range of goods including gas, milk powder, and cement. Dr. de Silva noted that as part of efforts to establish a legal pricing formula for gas, representations have already been made before the Supreme Court, and the decision is likely to be given soon. The Ministry is also engaged in attempting to upgrade the Census and Statistics Department with a panel appointed to present a report on how it can be transformed into an independent national statistics office.

“Prices of goods should ideally be decided by the market. The Minister should not be deciding prices. This is where data becomes so important. If we are making decisions without data, we are likely to get things wrong most of the time. The private sector deserves to be consulted, and the process needs to be inclusive,” he said.

Considering the data, Dr. de Silva said he had realised that as much as 50% of the cost of the basket of goods used by the Consumer Price Index to decide inflation was based on rice and coconut. Therefore the Ministry decided to concentrate on these two goods, especially rice, to reduce prices through market management. As a result of that, the Government allocated Rs.1 billion to revive about 100 small and medium rice mills, through a co-operative system that produced lower-cost rice, thereby increasing competition in the market. The rice, which is released to market under the brand ‘Shakthi’, will also be released to all major supermarket chains and is likely to be delivered by Daraz, the online store.

“I’m a great believer in co-operatives. They have been successful in many developed countries. Fonterra is run as a co-operative, and is the biggest company in New Zealand. In the US, their agriculture sector is dominated with co-operatives, and they are hugely successful. Unfortunately, in Sri Lanka co-operatives have become politicised, but they have the capacity to provide fair returns to both the consumer and the farmer. By encouraging co-operatives in key sectors, we can increase market competitiveness.”

In another step, Dr. de Silva said the first 5000 MT humidity and climate-controlled warehouse will be opened in Dambulla in October, to allow farmers to store their produce for longer periods of time, which will also help improve market dynamics. The Minister acknowledged this had been a long-felt need, and was regretful it had not been done earlier, despite successive Governments championing agriculture. The climate-controlled warehouse is partly funded by a grant from India.

“We need to do more of these things. We need to step up warehouses for potatoes, for example, and have potato chip factories, or make dehydrated mangoes so that these can be exported. We need to find new ways to bring produce to the market, and infuse technology at strategic points. “

As part of this measure, Cabinet this week gave approval for the proposal presented by President Maithripala Sirisena, upon the request of Dr. de Silva, to provide 2MT Mobile Driers worth Rs. 3 million excluding taxes, and 6 MT Fixed Driers worth Rs. 6 million excluding taxes, to five farmer organisations in Polonnaruwa, as selected by the Department of Agrarian Services with the assistance of the All Island Paddy Millers Association, with a mechanism to recover the cost incurred by the Government.