Home / Front Page/ President will appear before PSC on 20 Sep.

President will appear before PSC on 20 Sep.

President Maithripala Sirisena will appear before the Parliamentary Select Committee (PSC) looking into the Easter Sunday terror attacks on 20 September.

His evidence will be recorded at the Presidential Secretariat, Committee sources said. 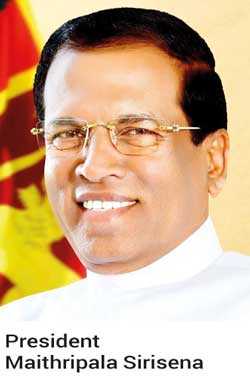 The President agreed to appear before the PSC after the Committee wrote to him requesting him to give evidence.

The President agreed to the request but on condition that the Committee meet at the Presidential Secretariat instead of the Committee Room at the Parliament Complex where all other witness including Prime Minister Ranil Wickremesinghe testified.