Cabinet has given approval for a slew of charges including Ground Handling, Aviation Fuel and Embarkation levy to be reduced for six months to assist the tourism industry to recover after the Easter Sunday attacks.

Prime Minister Ranil Wickremesinghe presented the Cabinet paper on Sunday, according to a short statement on the Cabinet papers released by the Government Information Department yesterday. In the Cabinet paper he had proposed to instruct the Ceylon Petroleum Corporation (CPC) to sell fuel at the same price as the Chennai airport.

The Sri Lanka Tourism Development Authority (SLTDA) together with the Prime Minister’s office, Tourism Minister John Amaratunga and the Civil Aviation Authority of Sri Lanka prepared the Cabinet paper for the reduction of Ground Handling Charges, Aviation Fuel, and the Embarkation levy for six months.

In 2018, approximately 2.3 million tourists arrived and spent a total of 25 million hotel nights in the country while generating an income of $ 4.4 billion. More than 98% of tourists to Sri Lanka are currently brought by international airlines. By April 2018, 29 airlines were serving Sri Lanka offering 300 flights per week, the statement by SLTDA said.

However, following the 21 April Easter Sunday attacks, the connectivity was reduced to 239 flights per week resulting in a total of 41 flights cancellations which amounts to a loss of seat supply by 8,000 per week from six countries – China, Hong Kong, India, Malaysia, Oman, and Thailand.

A total of 11 foreign airlines reduced their flight frequencies to BIA while one airline (Rossiya – Russian Airline) withdrew completely (two flights/week) resulting in a complete loss of direct air connectivity with Russia. Most of the airlines which reduced frequencies are low-cost carriers.

Accordingly, the direct and indirect negative impact of the Easter Sunday attacks per day is approximately Rs. 12 million and Rs. 51 million respectively.

Given the need to resurrect the tourism industry, which was badly affected by the Easter Sunday attacks, the SLTDA took prompt action to work with the Prime Minister’s office as well as the Ministry of Tourism, Wildlife and Christian Religious Affairs and the Civil Aviation Authority of Sri Lanka to draft a Cabinet paper and initiate the implementation of the following reductions in Aviation-related discounts in order to encourage airlines to reduce the cost of airline tickets and combine these specially priced tickets with the discounts being offered by hotels and restaurants in Sri Lanka.

“The positive and immediate action taken by the Government, especially by Prime Minister Ranil Wickremesinghe, Minister John Amaratunga and the Civil Aviation Director General H.M.C Nimalsiri, in response to the urgent request made by the Sri Lanka Tourism Development Authority, comes at a critical time and is most appreciated,” said SLTDA Chairman Johanne Jayaratne. 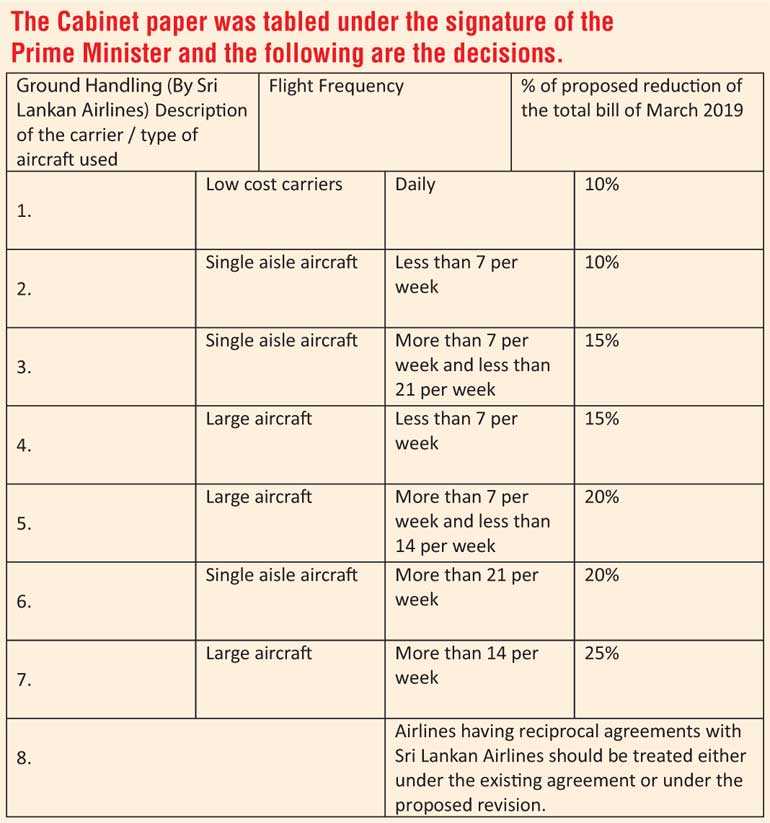