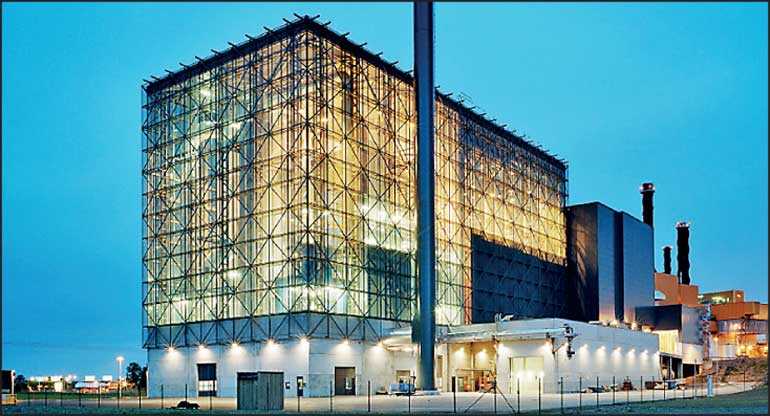 Fairway Waste Management yesterday said it has recommenced its Karadiyana Waste Management project, after it was held up nearly a year due to delays in signing the Standardised Power Purchase Agreement (SPPA).

The commercial operation of the plant is scheduled to commence in December 2020.

With the signing of the SPPA, Fairway Waste Management has moved expeditiously to recommence construction given the criticality of the current waste disposal situation at Karadiyana, where the waste is landfilled. The company has remobilised the suppliers and contractors from Europe, India and China to recommence the work soon after financial closure, the organisation said in a statement.

“The project, which was initiated in October of 2017, exceeded the project milestones, completing the land preparation and piling on schedule. Unfortunately the delay in signing the SPPA prevented financial closure, which disrupted the progress of construction,” the statement said.

The cost of initial project work, technology consultancy, site preparation, piling, and engineering design of the plant was borne by Fairway Holdings, as it was determined to meet the strict timelines imposed by the project technical evaluation committee (TEC) appointed by the Government. The project was vetted and approved by international funding agencies, and it is still the only project under execution that has met strict World Bank guidelines on environmental, social and health impacts for a project of this nature.

“The delay in the project is of grave consequences to the community around the waste site at Karadiyana. It is presently operating at overcapacity, and is in danger of slope failure, according to a report by the National Building Research Organisation (NBRO). Following a review of the project and the site, the report by the NBRO has highlighted the need for immediate commencement of the waste management project. Subsequent to the review, the NBRO also recommended to relocate, with immediate effect, as many as 14 families from the vicinity of the landfill. Further delay in the project will only exacerbate the current pitiful condition at the site,” the statement added.

The Karadiyana Waste Management project, that was competitively bid and won by Fairway Holdings, is a hybrid scheme designed for the waste that is specific to the site. It integrates two technologies, an anaerobic digester for high moisture biological waste, and a mass burn incinerator for the mixed waste. Both technologies are well established and commercially proven. The technology mix is considered the most environmentally friendly and sustainable for end of the pipe waste treatment.

The anaerobic digestion system will accept 140 tons per day of source separated organic (SSO) waste and generate as much as 16 million kWh of electricity per year. It will also produce approximately 10,000 tons/year of solid fertiliser and 50,000 tons/year of liquid fertiliser. The mass burn incinerator has an installed capacity of 12 MW of power, and is expected to generate as much as 65 million kWh/year.