The Registrar of Companies (RoC) maintains that the new amendment to the Companies Act No. 7 of 2007 has included a new provision on ‘Disclosure on beneficial ownership’ as an anti-money laundering tool to ensure greater transparency and not for the Criminal Investigation Department (CID) to extract the financial information of company directors.

It was pointed out that according to the existing Companies Act all information on registered companies in Sri Lanka is available to the public, while all listed companies are bound by the law to disclose beneficial ownership.

“The new provision has not vested any extra powers to allow the CID to extract confidential and sensitive financial information on company directors who hold 25% of shares or more, but it was in place according to the Companies Act No. 7 of 2007 even before the amendment. The public is allowed to obtain the details of companies that are registered in the country,” a top official of the RoC told the Daily FT.

As Sri Lanka was ranked by the Financial Action Task Force (FATF)as a country deficient in strong strategies to prevent money laundering and countering the financing of terrorism, the European Commission also added Sri Lanka to a money laundering blacklist in February 2018 as a country at risk to acts of money-laundering.

Therefore, considering the grave consequences of these actions on the country’s economic and financial system, the Government highlighted the immediate need to amend the legislation to prevent these practices.

Accordingly, on 20 March the Cabinet of Ministers approved a proposal presented by the acting Minister of Industry and Commerce, Champika Premadasa, to amend the Companies Act No. 7 of 2007, in order to avoid money laundering and funding terrorism.

Therefore it has been decided to make necessary amendments to the Companies Act No. 7 of 2007 to collect details on shareholders who have more than 25% of company ownership (excluding Limited Public Companies) or beneficiaries who have active control of such a company.

He noted that the drafting of the amendment was done in consultation with the Company Law Advisory Committee and the Central Bank of Sri Lanka.

“The FATF identified that there was no mechanism to find out beneficial ownership and with the implementation of the new amendment it can be recognised. Once the amendment is implemented the RoC will maintain a separate register on beneficial ownership. The RoC is bound to provide information for investigative purposes as a government institution and it is not at all new routine,” he emphasised.

In accordance with the beneficial ownership policy adopted at the G20 summit in Brisbane, Australia in 2014, the FATF and the European Union 4th Anti-Money Laundering Directive, most countries have recently amended their legislation or are currently working on amending their laws.

He said the idea of ensuring greater transparency over beneficial ownership is relatively new, but with the implementation of the new provision it is broadly expected that companies will provide correct information to the authorities.

However, a top lawyer questioned how the Government intended to protect highly confidential and sensitive financial information without any data protection laws in place, cautioning that this amendment would put directors in a dangerous position.

“This amendment to the Companies Act No. 7 of 2007 is now being mulled as a mechanism to combat money laundering in a different approach as Sri Lanka is ranked seventh in the world among money laundering destinations. The amendment will allow the CID to investigate directors who have sole authority of 25% of the shares of a company or more,” University of Colombo Faculty of Law Senior Lecturer Dr. Prathiba Mahanamahewa told the Daily FT.

He highlighted that the proposed amendment to the existing Companies Act would not achieve the Government’s objective of attracting much needed foreign investments and instead it would upset the sentiments of investors looking at Sri Lanka as an emerging investment destination.

Dr. Mahanamahewa asserted that if the proposed amendment was passed, it would vest more criminal power with the CID, where there will be no defence for the directors in private companies.

“Directors are already having a tough time in Sri Lanka with the existing law and if the Government comes up with the new amendment it will put further pressure on them,” he added.

“My issue is that these investigations are done by the CID and they will be vested with more powers to question directors at any given time if a director has 25% or more shares in a company. I also don’t know the rationale behind the 25% of shares as it is arbitrary. Even if the CID is to extract information, how can the Government be sure that they would not share it with a third party? Is the CID aware of the gravity and sensitivity of this financial information? With whom are they going to share them with? Is it with the consent of the company? What is the purpose of obtaining this information?” he asked.

He stated that most Asia Pacific and developed countries such as those that are part of the European Union have data protection laws, where the rights of the directors are protected. 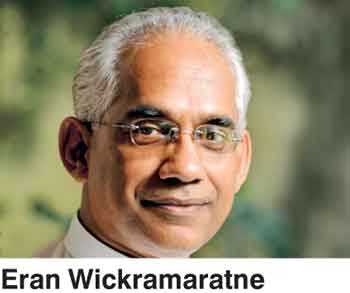 State Finance Minister Eran Wickramaratne in a statement has categorically denied claims that the Government is mulling amending the Companies Act to send the details of persons having 25% of shares in public limited companies (PLCs) to the Criminal Investigation Department (CID).

He pointed out that the amendment was a measure taken against money laundering and terrorism financing and not to provide wider powers to the CID to question directors or shareholders of private companies.

It was noted that the amendment approved by the Cabinet of Ministers recently incorporates the requirement of maintaining a register, which contains details of the beneficial interest in shares or warrants or similar interests held by any individual who owns 25% or more of the issued shares of any public limited company.

Accordingly, every PLC will have to file records of such beneficial interest in the share, warrant or any other interest along with the personal details of the individual concerned with the Registrar of Companies annually along with the annual returns of the company.

Wickramaratne reiterated that the Opposition makes statements to create fear among would-be investors in Sri Lanka as a part of the sinister move to destabilise the economy when the country achieved its highest ever foreign direct investment (FDI) last year.

These countermeasures were taken immediately after Sri Lanka was listed among high-risk countries for money laundering by the Inter-governmental Financial Action Task Force (FATF) and the European Union, following which Sri Lanka made a political commitment to FATF to address any technical deficiencies in countering the money laundering and counter-financing of a terrorist regime.