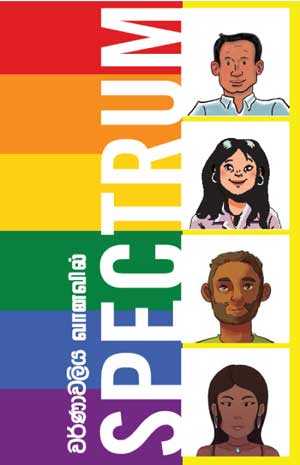 The stories that highlight the experiences of Manju, Samanali, Kiruthika and Thenu in the comic book show the alarming and various ways the police handle cases that involve LGBTI people, often treating them like criminals when they are the ones being victimised. Societal taboo has been punishing for LGBTI individuals when it comes to their jobs, homes and schools – compromising their ability to access services that are central to realising their human rights.

“Individuals must not be discriminated on the basis of their sexual orientation or gender identity, but Sri Lanka has made little to no progress towards setting aside the laws that do. A safer environment for LGBTI people must be created before the situation in Sri Lanka deteriorates further. The laws that prevent that from happening must be repealed and protections that help uphold the rights of LGBTI people should be put in place without delay,” said Mahamoor.

In 1883, the British who had taken control of the island of Sri Lanka, passed the Penal Code, the main law which defines what a crime is in Sri Lanka. Section 365 and 365A prohibited “carnal intercourse against the order of nature” and “gross indecency”. The Penal Code did not give a specific explanation of what these meant, but these vague and overly broad 136-year-old colonial laws are still being used to target LGBTI people in Sri Lanka today.