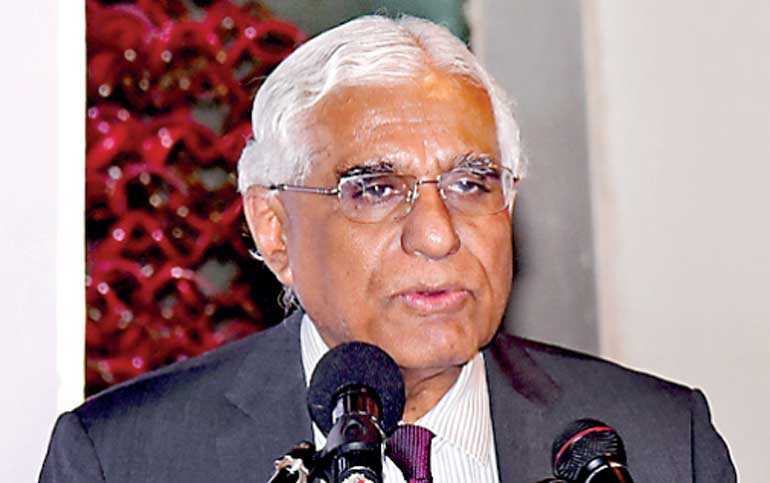 Central Bank Governor Dr. Indrajit Coomaraswamy this week said no amount of policies and regulations would ensure growth, prosperity and stability if good governance and compliance frameworks were fragile.

Speaking at the launch of the Professional Masters in Banking and Finance by the Institute of Bankers of Sri Lanka (IBSL) and the Asian Institute of Technology (AIT), he said that the banking sector played a vital role in sustaining economic growth and development within the economy, and the Central Bank would continue to enhance the sector in accordance with internationally benchmarked regulations and best practices.

“A stable financial system is a prerequisite for sustainable economic growth, but stability alone is not enough. To have an efficient and effective financial intermediation to provide sufficient credit to the real economy, we need a more favourable business environment and less uncertainty. The Central Bank is mindful of the need to have regulatory reliability, while undertaking regulatory reforms. At the same time, policy coherence in relation to the overall macroeconomic policy framework is also important,” Dr. Coomaraswamy emphasised.

In these increasingly challenging times, he said the Central Bank had understood that it was important not only to strengthen regulation and supervision, but also to establish a resolution framework in which it was possible for banks and finance companies to fail without challenging the stability of the entire sector and causing distress in the real sector.

“This was one of the key learnings of the global financial crisis. We have already implemented resolution measures for some distressed finance companies to allow such firms to exit the market. Measures have also been taken to ensure that prompt corrective action is taken by the regulator in relation to institutions that have regulatory concerns. If early intervention proves unsuccessful, a financial institution may need to be resolved, not only without disrupting financial stability and the real economy but also without having recourse to taxpayers’ money,” he said.

Amendments to the Banking Act, implementation of the Basel III leverage ratio for licensed banks, the introduction of a new share ownership policy, and the initiation of a resolution framework are a few of the regulatory measures in the pipeline, he revealed.

Dr. Coomaraswamy said a new policy had been introduced, with a view to strengthen the risk management aspects of foreign borrowings by banks, and directions on financial derivatives were implemented by the Central Bank to enhance the banking sector’s resilience.

Reiterating that the Central Bank had taken measures to strengthen the banking sector through a strong supervisory and regulatory framework, he said banks had been able to meet higher requirements under Basel III both in terms of capital and liquidity.

“Capital positions are expected to improve further with measures taken by banks to infuse capital to meet enhanced capital requirements. To enhance liquidity risk management, the liquidity coverage ratio has also been implemented. In accordance with the International Accounting Standards (IFRS), which commenced on 1 January 2018, banks have moved from an incurred loss to an expected loss model,” he added.