“While we commend this decision, we are also anticipating the official gazette enacting this statement,” Advocata said.

It said the Salusala, now a white elephant to society, was once the only State textile trading enterprise in the country. As the only provider of textile during the closed economy, Salusala received heavy protection. 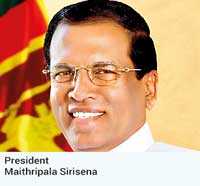 In 2011, the First Committee of Public Enterprises Report (COPE) revealed that for the year 2009/2010, Lanka Salusala Ltd. has made a loss of Rs. 30 million. The reason for this loss, as identified by the report, was due to salaries paid to staff who had been sent on compulsory leave during the restructuring process of the organisation.

However, Advocata has been unable to track the financials of Lanka Salusala thereafter as there has been no Annual Reports or Performance Reports published and available to the public.

Advocata Institute strongly believes that the State should have no role in running business enterprises using taxpayer money, particularly in industries with enough private investment and competition.  Advocata encourages the Government to look at other ‘white elephant’ State Owned Enterprises (SOEs), and divest and exit industries that serves no strategic purpose. Out of 527 SOEs identified by Advocata’s 2018 State of State Enterprises report, only 54 are classified as being ‘strategic’ by the Government.

Whilst the policy debate in Sri Lanka on SOEs has focused on ‘privatisation’, many of Sri Lanka’s SOEs have no commercial purpose, riddled with corruption and mismanagement and, in the core justification of existence, is not attractive to private investors looking for profit-making ventures.

Advocata urges the Government to exit enterprises of this nature and release the valuable resources they occupy into more productive sectors of the economy, while awarding fair compensation to public sector employees of these enterprises.

In the case of Salusala, the Treasury has allocated Rs. 340 million to pay compensation for 217 employees under a voluntary retirement scheme. This is a model the Government should consider adopting in cases where paying a compensation is more economically viable than continuing to keep a loss making enterprise afloat.

Lanka Salusala is not the only SOE that is a fiscal strain on Sri Lanka’s Economy. Non-Strategic SOEs like SriLankan Airlines, Lanka Sathosa and Agriculture and Agrarian Insurance Corporation are in need of immediate reform.

“A lack of accountability is leading to flagrant abuse within SOE’s. The Government must act urgently to prevent it spiralling out of control. Salusala is only one of many examples,” Advocata Institute Resident Fellow Ravi Ratnasabapathy warned.