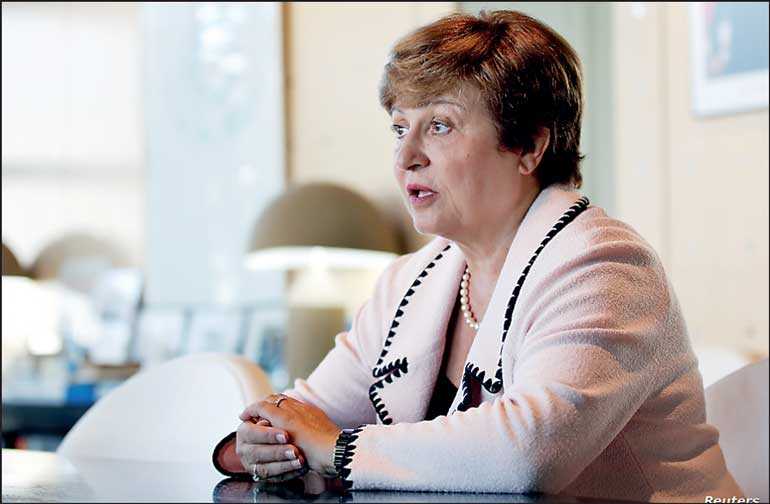 WASHINGTON (Reuters): Bulgarian economist Kristalina Georgieva is the sole candidate to be the next International Monetary Fund managing director, the IMF’s board said on Monday, virtually guaranteeing that she will succeed Christine Lagarde in the job in early October.

The IMF executive board said it will meet with Georgieva, now chief executive officer at the World Bank, with a goal of completing its selection process by Oct. 4 at the latest.

That would put her in office well in time for the IMF-World Bank annual meetings on Oct. 17-20. Lagarde’s resignation from the IMF is set to become effective on Sept. 12, enabling her to become governor of the European Central Bank in November.

Before a Friday nomination deadline had passed, people familiar with the process told Reuters that Georgieva would run unopposed for the IMF top job after former British Finance Minister George Osborne had decided against challenging her.

Georgieva, 66, would take over the multilateral lender at a time when the US-China trade war threatens global growth and pressures are mounting on vulnerable countries including Argentina, which the Fund bailed out last year with a $ 57 billion loan program, its largest ever.

Georgieva, nominated in August by European Union countries as a compromise candidate, is set to continue a tradition of Europeans leading the IMF since the institution’s founding at the end of World War Two.

She has held numerous senior European Commission posts, including budget commissioner, and in 2017 returned to the World Bank, where she served as an environmental economist in the 1990s, to become its second-ranking official.