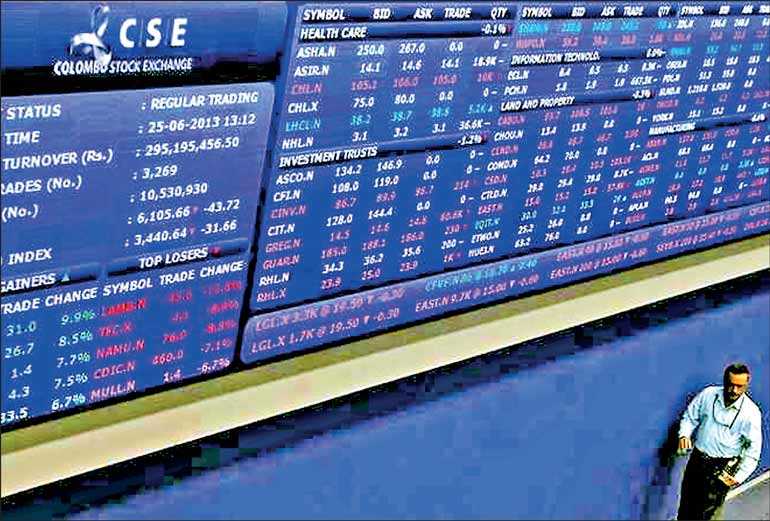 Reuters: Sri Lankan shares recovered from a 5-1/2-year low on Thursday on bargain hunting after four straight sessions of losses, but concerns over economic and political stability kept the gains in check.

Foreign investors sold a net Rs. 18.9 million worth of shares on Thursday, taking the year-to-date net foreign outflow to Rs. 5.95 billion worth of equities so far this year.

The rupee snapped a three-session losing streak, ending at 178.75/85 per dollar in lacklustre trade, compared to Wednesday’s close of 178.80/90. Inflows from a sale of $2.4 billion sovereign bonds were expected to boost the rupee.

Parliament late on Tuesday passed the second reading of the 2019 Budget that raises spending while setting an ambitious goal to reduce the country’s large fiscal deficit. The final vote is scheduled for 5 April.

Prime Minister Ranil Wickremesinghe-led Government’s political stability has been questioned by the Opposition since he was reinstated as Prime Minister after a 51-day political crisis.

The sovereign bond sale is crucial for the island nation to boost investor sentiment, which was dented by rating downgrades by all three rating agencies after the political crisis in October.

The rupee has climbed 2.2% so far this year as exporters converted dollars and foreign investors purchased Government securities amid stabilising investor confidence after the country repaid a $1 billion sovereign bond in mid-January.

Worries over heavy debt repayment after the 51-day political crisis that resulted in a series of credit-rating downgrades dented investor sentiment as the country struggled to repay its foreign loans.

The rupee dropped 16% in 2018, and was one of the worst-performing currencies in Asia due to heavy foreign outflows.

Foreign investors bought a net Rs. 636.3 million rupees worth of Government securities in the week ended 6 March, the first net inflow in three weeks, but they have sold a net Rs. 2.8 billion so far this year, the Central Bank’s latest data showed.