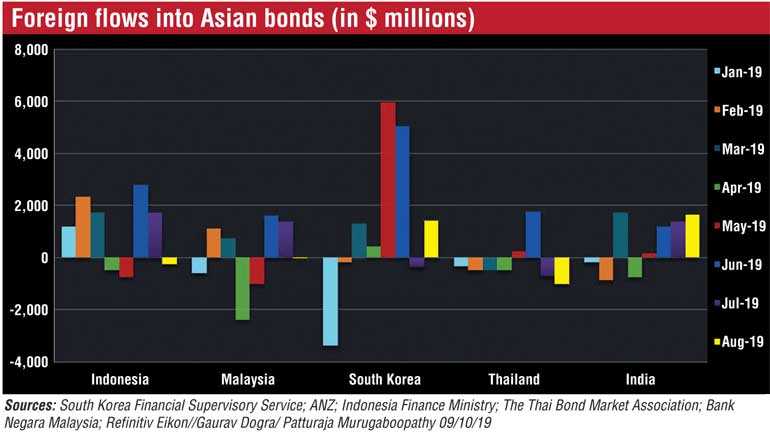 Reuters: Foreign flows into Asian bonds were mixed in August, with India and South Korean bonds securing most of the regional inflows thanks to their high returns, while concern over slowing economic growth and the US-China trade dispute prompted outflows elsewhere.

South Korean bonds attracted $1.44 billion worth of foreign money ahead of more expected interest rate cuts this year, after its central bank surprised investors by cutting its policy rate by 25 basis points in July.

However, Thailand, Indonesia and Malaysia saw outflows worth $1.02 billion, $242 million and $21 million, respectively. The growing trade war between the United States and China, resulting in the yuan weakening to more than seven yuan per dollar, and concerns about the global economy were behind the risk-off tone in markets in the month, said Khoon Goh, head of Asia research at ANZ.