Global funds raise stock allocations at the expense of cash 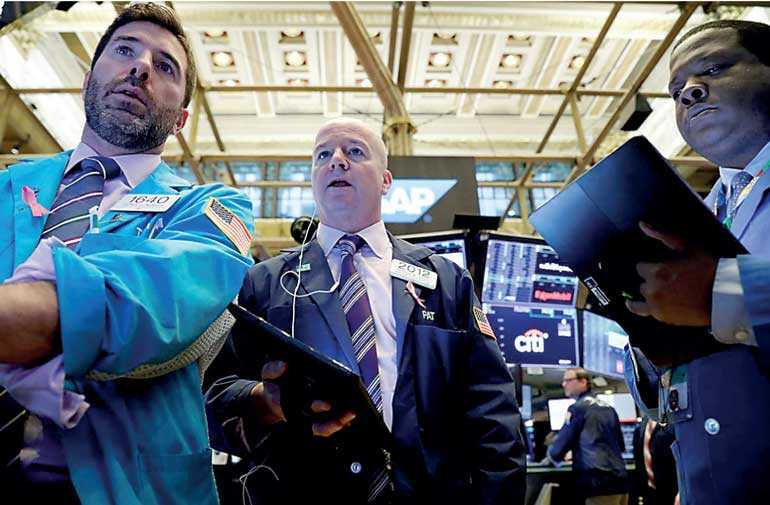 BENGALURU (Reuters): Global funds recommended switching cash back into equities in November as stocks worldwide rose to near record highs despite a lack of clarity over how, when, or if a truce will be called on the damaging US-China trade war, a Reuters poll showed.

Stock markets had risen through October, and in November began to price in expectations of an initial deal as investors were betting it ultimately remains in the interest of both Washington and Beijing to move forward to get a trade deal.

That buoyancy in stocks pushed fund managers and chief investment officers in the US, Europe, Britain and Japan in the latest Reuters asset allocation poll taken Nov. 13-28 to suggest an increase in equities allocations for the second month in a row, at the expense of cash.

Stocks allocations accounted for an average 47.5% in November of their model global portfolio, the highest since March, from 46.2% in October. The cash buffer was cut to the lowest since April last year of 4.6% after peaking at 7.7% in August, which was the highest since early 2013.

Recommended bond holdings accounted for 41.8% compared to 41.9% the previous month.

“While many uncertainties remain regarding the outlook, we believe much, if not most, of the potential risk has been priced into the market, and we have begun gradually putting cash back to work in equities,” said Alan Gayle, president at Via Nova Investment Management.

The latest recommended allocations are likely to hold until early 2020, barring any major surprises, as most funds tend not to shift their global recommendations much in December.

While fears of a deeper global economic slowdown still remain, easy monetary policy has lifted most world indexes to double-digit gains this year. That run in world stocks was expected to continue through next year, according to a majority of fund managers who answered an additional question.

That lines up with a separate Reuters poll of stock brokers and strategists published earlier this week, which showed a majority of the indexes covered had either breached their end-2019 predictions from a poll taken a year ago or were within striking distance before the year ends. “Global monetary policy has eased and growth is showing signs of picking up. This creates a supportive environment for global equities into 2020,” said Trevor Greetham, head of multi-asset at Royal London Asset Management.

“However, stock markets may be prone to short-term corrections as the geopolitical background remains uncertain - Brexit, Hong Kong tensions, the trade war, 2020 US elections. We would be looking for opportunities to buy on dips, should we view the market as overly pessimistic.”

But funds were sceptical on the strong performance in world stocks and a majority of them said over the next six months, they would roughly maintain the current risk position driven more by developments in the trade war.

“The recent policy shift by central bankers, combined with a modest uptick in data, has averted a ‘mini crisis’. Since that point we have seen credit conditions improve (and) recessionary warnings subside,” said Rory McPherson, Head of Investment Strategy at Psigma Investment Management.

“This should all be supportive for stocks, but we note the delicate path which stocks tread. Whilst conditions are supportive, they could flip very quickly. The biggest risk here likely revolves around global trade with the US and China being the most obvious source of disruption.”

A majority of fund managers have also shifted their view that monetary policy and economic developments outside of the US were expected to drive asset strategy over the next six months compared to the Federal Reserve’s policy path, which was predicted previously.

“The Fed and other major central banks will likely remain on hold with minor tweaks to their already accommodative monetary policy stance and the US and China will probably agree to a phase-one deal without much additional progress,” said Benjamin Suess, director at UBS Asset Management.

“Therefore, focus will shift to the ongoing recovery in manufacturing activity and corporate earnings. The market does expect a bounce and if it does not happen, equities are vulnerable to the downside.”